Is There a Surgical Media-Celebrity Monopoly?

Sure, one or two might have chosen a different organ to receive their forceps-clamped peanut dissections and 7-0 polypropylene one-handed ties. But looking for any real specialty-diversity in this group is like trying to identify the fruitiest grain of rice. Exactly where, you may ask yourself, are the hand-holding internists, primary care, and family practice docs? We might even tolerate the squeaky voice and the dangling teddy bear, if mainstream media would just break up the monotony every now and then with a random pediatrician. Just to shake things up, you know.

So how did the voice and face of American healthcare become solely the province of those whose work-lives are devoted to flaying alive the chemically-paralyzed? What does that say about us as a nation?

But frankly, the fact is, when you take a hard look at the inherent differences between specialties, and the media priorities of health news reporting today, it's obvious why no mainstream media platform would give a generalist mega-bucks and a microphone. Here, in descending order, are

Top 13* Reasons Why All A-List Celebrity Doctors Are Surgeons

Number 13: When surgeons show up for a screen-test, that creepy scalpel-twirl they do leaves a disturbing, and lingering, impression. Hard to get the same effect with a tongue depressor.

Number 12: Being the popcorn of specialties, primary care doctors are cheap and purchasable in bulk, but only available, hot and appealing, for 7-minute increments. Even a new media time-slot appointment will only get you 14 minutes, max.

Number 11: With its well-documented anti-intellectual, anti-primary-care bias, media today has no appreciation of the complex skills required to do a deft rectal exam.

Number 10: Hey, if you can cut open an unconscious person, then how hard can it be to know everything there is to know about epidemiology, behavior change, public health, medication management, compliance-improvement, relative risks, end-of-life care, diagnostic challenges, and chronic disease paradigms?

Number 9: It's all a matter of demographic appeal. Surgeons draw the coveted, but lacking-in-nuance, 15-25 year old crowd. Internists — everyone septic and intubated.

Number 8: When it comes to health news, the most a generalist can hope for is a minor indie role. Fact is, typecasting begins even in the pre-med years. Surgeons: Gerard Butler and Angelina Jolie in Tomb Raider: The Cradle of Life. Internists: Micheal Cera and Ellen Page in Juno.

Number 7: It's hard to be telegenic when the thing that really trips your trigger is a P value of less than 0.001.

Number 6: Katie Couric gets really peeved when the answer to every single one of her questions (example, “Is being hit by lightening bad for your health?”) always begins with “Well, the data are complex and, frankly, from a purist standpoint, inconclusive...”

Number 5: Surgeons sport a trademark visual of wearing scrubs. But for under-paid generalists, focus groups have shown that their trademark (hands clenched, dark-circled shifty eyes, rumpled clothes and Y-shaped stethoscope) looks, to most viewers, much too much like a guilty horse-thief waiting to be lynched.

Number 4: It's hard to make a compelling promo out of a doc doing an excellent Review of Systems on a helpless child trapped under rubble in Haiti.

Number 3: Not since A Bug's Life (which required a $60 million budget, the self-deprecating charm of John Ratzenberger, and all the techno- and media-savvy skills of Pixar and Disney combined), has anyone been able to make a flea even mildly appealing.**

Number 2: Surgeons, especially tertiary-care surgeons, are perfectly pre-trained for a life in news media. They don't open, they don't close, they don't bother with getting consent, and they don't personally document anything. In fact, they're not actually present. Except for the money shot.

*Plus or minus a Heisenberg Uncertainty coefficient of 9.7 RVSs.

For those who have not been personally subjected to its level of French-vicious-crazy-making bureaucracy, RVS stands for Medicare's Relative Value Scale - a number that assigns a value (hence, reimbursement) for, as Darshak Shanghavi brilliantly explains here, “every single one of the thousands of services provided by doctors, a job later compared to measuring 'the exact amount of anger in the world.'” The number is monopolistically decided by a secret cabal of invasive proceduralists [read: NOT generalists]. Seriously.

**Def. “flea” Medical insider's slang name (derog.) for internists. Historical origin obscured but frequently quoted as (although, from a purist's perspective, entomologically inaccurate) “because a flea is the last creature to jump off a dead body.”

IS there a surgical media monopoly? And if so, why? Sound off in the comments section!

Doc Gurley is the only Harvard Medical School graduate, ever, to be awarded the coveted Shoney's Ten-Step Pin for documented excellence in waitressing, and both a Board- and Bored-Certified internist. You can get more health posts at Doc Gurley, or follow her on Twitter. Also check out Doc Gurley's joyhabit and iwellth Twitter feeds so you can get topic-specific fun, effective, affordable tips on how to nurture your joy and grow your personal wellth. 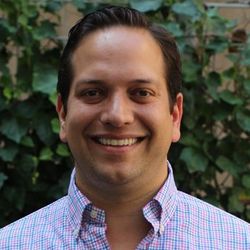 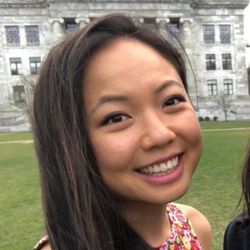