It's been about a month since ASCO and as I've gone through the research presented at the meeting related to women's cancer, it shows that there were exciting results shared with the attendees.

It's been about a month since ASCO and as I've gone through the research presented at the meeting related to women's cancer, it shows that there were exciting results shared with the attendees. In addition to those I discussed earlier this month, the following reports also deserve to be mentioned.

Triple-negative Breast Cancers and the Role of PARP Inhibitors

Dr. Joyce O'Shaugnessy presented data from a randomized phase II trial evaluating a chemotherapy backbone of carboplatin and gemcitabine with or without the PARP inhibitor BSI-201. Enrollment was restricted to women with ER/PR and HER-2/neu negative breast cancers (triple-negative), a very agressive form of breast cancer where upregulation of the PARP protein has been found to be in the majority of cases. Carboplatin (AUC=2) and gemcitabine (1000 mg/m2) were delivered on days 1 and 8 of a 21 day cycle with BSI-201 delivered in half of the patients at a dose of 5.6 mg/kg as a biweekly infusion (days 1,4,8,11). Dr. O'Shaughnessy presented interim analysis in the first 86 patients and the data were quite encouraging. Clinical benefit (defined as all responses and those with stable disease for at least 6 months) was 52% in those receiving chemotherapy plus BSI-201 (n=42), while it was only 12% in those receiving chemotherapy (n=44). Median PFS was markedly prolonged at 6.9 versus 3.3 months, respectively, and median OS was also significantly increased 9.2 vs. 5.7 months). All of these endpoints showed statistical significance and toxicity did not appear to increase with the addition of BSI-201. While very preliminary, these differences are quite exciting and may provide continued evidence of tailored treatment for breast cancer, this time addressing a group of women in urgent need for better treatments.

Currently, the FDA has approved the anti-angiogenesis drug bevacizumab for use only with paclitaxel as a first-line treatment in metastatic breast cancer. However, the effectiveness of bevacizumab with other agents in first-line treatment has been one that requires further answers. At ASCO the results of the Genentech-sponsored, multi-arm trial of chemotherapy with or without bevacizumab (RIBBON-1) was presented by Dr. Nicolas Robert. In this trial, patients were randomized to one of several chemotherapy regimens (capecitabine, taxanes-docetaxel or nAb-pacltiaxel, or an anthracycline-containing regimen) with a 2:1 randomization to bevacizumab (B) versus placebo. Over 1200 women were enrolled in this trial. The addition of B to capecitabine increased both overall response (36% with B vs. 38% without B, p=.0097) and progression-free survival (PFS), (8.6 vs. 5.7months, p=.0002). Similarly, the addition of B to either anthracycline-containing or to taxane therapy increased both overall response (51% vs. 38%, p=.0054) and PFS (9.2 vs. 8.0 months, p<.0001). There were no statistical differences in overall survival seen, but no new safety signals were seen with the addition of B to any of the three chemotherapy regimen arms. This suggests that B is effective with any chemotherapy as a first-line treatment of metastatic breast cancer and need not be restricted to paclitaxel combination alone. However, its use beyond the first-line remains unclear, as a prior trial of capecitabine + B in second-line metastatic breast cancer failed to improve PFS.

The North-Eastern German Society of Gynecologic Oncology presented the results of this trial evaluating the commonly used regimen of weekly topotecan (4mg/m2 on a 3-on/1-off weekly scheudle) versus the FDA approved conventional dosing schedule of daily administration for five days (1.25mg/m2 d1-5 every 21 days) in women with platinum-resistant ovarian cancer. The study hypothesis was that weekly therapy was as effective as the traditonal daily x5 administration. The study randomized 194 women into the treatment arms, with 97 in each. The results of this study favored conventional daily x5 dosing over weekly administration. The overall response rate (by presence of measurable disease) was 19% (complete in 4% and partial in 15%) versus 9% (complete in 5% and partial in 4%), respectively (p=0.112). Approximately 40% in each arm had stable disease. When CA-125 criteria was utilized to define response, the results were even more striking with 21% responding in conventionally dosed patients and only 8% responding in weekly-dosed patients (p=.02). In terms of progression-free survival, patients treated with conventional dosing had a median PFS of 4.4 months, whereas those dosed weekly had a median of 3.0 months (HR 1.29, p=.088). There was no difference in overall survival seen. In terms of toxicity, the incidence of Grade 3/4 (severe) adverse effects did differ among the treatments. Those dosed conventionally had a higher frequency of anemia (21% vs. 7% with weekly), leukopenia (60% vs 13%), neutropenia (40% vs 16%), and thrombocytopenia (23% vs. 5%). Interestingly, those in the weekly arm reported more severe pain (10% vs 3% with conventional dosing), fatigue (10% vs 6%), and dyspnea (5% vs 2%). The reasons for these non-hematologic differences remains unclear, particularly since they did not appear tied to increased anemia in weekly dosed patients. In summary, this study raises questions as to the rationale for weekly dosing of topotecan, and it is in keeping with what we know about the schedule-dependent nature of topotecan's effectiveness. Whether or not physicians (and patients) are willing to accept return to dailyx5 dosing of topotecan is unclear, but we are a group who recommend and treat ovarian cancer must re-think the wide application of weekly dosing with this specific agent.

Multiple studies were also presented looking at a broad array of biologics in gynecologic malignancies. In ovary, data was presented on three interesting agents. CA4P (fosbretabulin) is a vascular disrupting agent that targets blood vessels, and has shown promising activity in early studies when combined with carboplatin and paclitaxel.

Zweifel, et al. reported the results of a phase II expansion trial in platinum-resistant ovarian cancer, defined as start of trial treatment less than six months from end of last platinum therapy. Among 34 evaluable patients, a response rate of 32% was reported. Toxicity was predominantly in the form of hypertension, which required prophylaxis with amlodipine in most cases. BIBF-1120 is an oral triple tyrosine kinase inhibitor of the receptors of vascular endothelial growth factor (VEGF), fibroblast growth factor (FGF), and platelet derived growth factor (PDGF).

Lederman, et al. reported the results of a consolidation trial of BIBF-1120 versus placebo in a population of women experiencing remission following platinum-based therapy for relapsed disease. Compared to placebo, patients receiving BIBF-1120 stayed on treatment longer (116d vs 101d) and had a PFS at 9 months of 16% vs. 3%, respectively. Median time to progression by radiologic criteria was 5 months for those receiving BIBF-1120 and 3 months for placebo. Predominant toxicities associated with BIBF-1120 were gastrointestinal, inlcuding hepatic enzyme elevations, which were reported in 43% (vs. 6% in placebo-treated patients).

Audeh, et al. reported the outcomes of the PARP-inhibitor AZD-2881 trial in women with BRCA1/BRCA2 definicent ovarian cancers, deemed chemotherapy-refractory. In this study two sequential cohorts were tested: the first received AZD-2881 at 400mg BID with a second group treated at 100mg BID, with a cycle defined as every 28 days. Data on 33 patients treated at 400mg BID and 24 treated at 100mg BID were presented. The overall response rate was higher in the 400mg BID group (33%) versus 12.5% in the 100mg BID group. In addition, a higher rate of clinical benefit was seen in the 400mg BID group, 58%, compared to the lower dose cohort, 17%. Nausea and leukopenia were the most commonly reported toxicities, though it occured infrequently.

Finally, the results of a three-arm randomized study of biologics in cervical cancer were presented by Monk, et al. In this study, 235 women with advanced and recurrent cervical cancer were randomized to the oral tyrosine kinase inhibitors pazopanib, lapatanib, or both. Hierachical testing was in place to compare the combination versus lapatanib, then combination versus pazopanib, then pazopanib versus lapatinib. In the course of the study, the combination arm crossed the futility boundary when compared with lapatinib, and thus, this arm was closed. Comparing pazopanib to lapatinib, though, both progression-free survival (50 weeks versus 39 weeks) and response rate (9% versus 5%) favored pazopanib treatment, suggesting efficacy of this agent in cervical cancer. Further analysis is pending.

The ASCO meeting this year was a significant breakthrough in gynecologic research. Much was discussed and more promising results offered. I hope this continues as we look to the future, and as we continue to make gains against cancers in women. 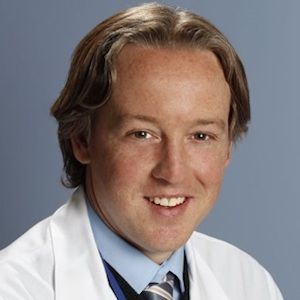