White matter differences, picked up with diffusion tensor imaging, correlate with autism symptoms and severity, a UK team found in a study of men on the autism spectrum. The finding could lead to a novel treatment avenue. 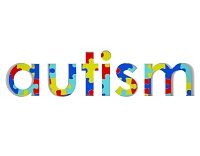 Diversions in the neural pathways of adult men on the autism spectrum correlate not only to the subjects’ symptoms but to the severity of their autism, according to a unique British diffusion MRI study.

Writing in the journal Brain Differences, Marco Catani, MD, and colleagues at King’s College London’s Institute of Psychiatry, Psychology & Neuroscience, London, UK said they illustrated frontal lobe connectivity through diffusion tensor Imaging (DTI). They wrote that DTI is a powerful tool to collect data from the white matter tracts of the brain.

Their study included 61 adult men ages 18 to 45 with an autism spectrum disorder (ASD) and a control group of 61 neurotypical subjects.

The MRIs at the heart of this international team’s findings appear to document long-suspected differences in ASD subjects’ arcuate fasciculus, the white matter tract which acts as a conduit between an important frontal lobe language area and its counterpart in the temporal lobe.

Significantly, such alterations were starkly evident in those subjects determined to have suffered from delayed echolalia, a type of repetitive speech that occurs in patients with ASD.

In the interest of avoiding pitfalls common to this particular type of research, the study of frontal networks in adults with ASD was designed with two overlapping and complementary methods of diffusion MRI.

Those areas identified by analysis of the TBSS were then evaluated by the DT-MRI tractography capable of detecting microstructural alterations invisible to TBSS. According to Catani, “these differences are very subtle and potentially reversible”.

Varying degrees of difficulty with social interaction and communication--often marked by repetitive ideation or behaviors--are the hallmarks of ASD, any or all of which can lead to impairment in social or occupational function. The numbers are ASD cases are rising, according to the US Centers for Disease Control and Prevention (CDC). Currently one in 68 US children are identified as being on the ASD spectrum.

The authors hope that pinpointing these areas is a first step in the development of successful therapy.

"Using neuroimaging studies like this it may one day be possible to stimulate the development of these faulty brain connections, or to predict how people with autism respond to treatment,” Catani wrote.