Results of this study reveal that the cause of Alzheimer's disease may be different than what scientists have long thought it to be.

Amyloid plaques have long been thought to be the cause of impaired brain cell function in patients with Alzheimer’s disease. However, new research from the Mount Sinai School of Medicine, led by Sam Gandy, MD, PhD, reveals that Alzheimer’s pathology may actually originate in Amyloid-Beta (Abeta) oligomers.

To study this, the researchers developed a mouse that formed only the Abeta oligomers. When they compared how much this mouse was impaired by Alzheimer’s disease with other mice that had plaques and oligomers, they found that the mice without the plaques were just as affected by the disease as those with them. In addition, “when a gene that converted oligomers into plaques was added to the mice, the mice were no more impaired than they had been before.”

According to Gandy, lead author of the study results published in Annals of Neurology, these findings are especially important, because research reported in March showed that “70 weeks of infusion of the Abeta immunotherapeutic Bapineuzumab cleared away 25 percent of the Abeta plaque, yet no clinical benefit was evident."

Gandy added that the results of this new study may serve as a critical next step in the development of drug breakthroughs for Alzheimer’s disease.

Additionally, the researchers suggest that “a DTC analysis may be a sensitive method for assessing the cognitive impact in mice of endogenously generated oligomeric human A assemblies.” 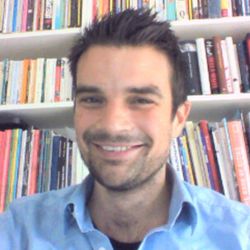