Colorectal Cancer Risk is Affected By Cholesterol Levels, Not Statins 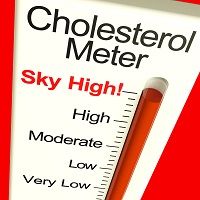 A study published in PLOS Medicine involving an observational analysis of over 100,000 patients’ medical records showed that “indication bias” could better explain the link between the popular cardiovascular drugs and CRC risk.

According to the study, the bias occurs when the indication (high cholesterol) being treated with a drug is also associated with the outcome of interest (CRC).

Ronac Mamtani, MD, MSCE, assistant professor of Hematology/Oncology from the Perelman School of Medicine at the University of Pennsylvania and the Abramson Cancer Center, remarked, “There appears to be an artificially protective effect of statins. Although the risk of colorectal cancer was lower in statin users versus non-users, when we compared those who continued statin therapy versus those who discontinued the therapy, such that each group shared the same indication for statin therapy, there was no difference in risk.”

Although both statin use and high cholesterol have been linked to a lower CRC risk, researchers weren’t quite clear on which would be directly responsible for the benefits.

The new study compared statin use and blood cholesterol level between 22,163 patients with CRC and 86,538 patients without CRC.

While they did confirm findings from previous studies showing decreased risks of CRC in statin users compared to non-statin users, the also noted the difference in the risk of CRC was not significantly different between those who continued statin therapy and those who discontinued it.

Furthermore, an unexplained drop in cholesterol levels were often found one year prior to a cancer diagnosis, which seemingly increased the risk of CRC in both statin and non-statin users.

“Together, these data demonstrate a complex association between statins, cholesterol, and colorectal cancer,” Mamtani concluded. “While unexplained decreases in blood total cholesterol should alert physicians to consider colon cancer as one potential explanation, future studies are needed to determine the utility of blood cholesterol as a marker for early detection of colon cancer.”