Two studies highlight the challenges to effective treatment posed by hypertension, diabetes, and other comorbid conditions in patients with gout.

Two studies highlight the challenges to effective treatment posed by hypertension, diabetes, and other comorbid conditions in patients with gout.

The authors of “Frequency and Risk Factors of Gout Flares in a Large Population-based Cohort of Incident Gout,” published in Rheumatology, used data from the Health Improvement Network (THIN) database in the UK to study nearly 24,000 patients diagnosed with gout to “describe the frequency of gout flares during the study period and risk factors contributing to first gout flare in a population-based cohort of incident gout with special emphasis on comorbid conditions.” Among the study cohort, 52% of the patients had a history of hypertension, 19% had ischemic heart disease, 9% had diabetes, 3% had peptic ulcer and 4% had chronic renal failure. Women presented with a higher prevalence of cardiometabolic disorders than men. The researchers found that a history of cardiometabolic disease was associated with a greater number of flares in this cohort. Specifically, a history of ischemic heart disease, hypertension, and renal failure “were independently associated with a higher risk of a first post-diagnosis gout flare.” In their discussion of these results, the authors wrote that “a considerable proportion of patients experience flares with prevalent comorbid diseases such as IHDs or hypertension; these conditions may require treatment themselves and, in addition, may make the treatment of acute gout flares more problematic.” This is important as it may impact treatment outcomes; the authors noted that “on the one hand, risk factors such as obesity, hypertension or IHD are partly independent risk factors of flares; on the other, the prevalent co-existence of these factors also limits the use of the long-established standard therapy as many of these patients have relative or absolute contraindications. Some examples are the use of: NSAIDs in patients with peptic ulcer; of glucocorticoids in patients with diabetes; or colchicines in patients with gastrointestinal, renal, hepatic or cardiac disorders.”

They concluded that the results of this study of patients with incident gout “showed that a large proportion of patients with gout also have comorbid diseases. Obesity and hypertension were common comorbidities among patients who developed flares and a small minority had renal impairment. In addition, several lifestyle factors such as obesity and high alcohol intake were also related to risk of a gout flare and the patients should get advice and help for lifestyle modification. The fact that some of these underlying conditions that could impact on treatment are also independent risk factors for flares, further contribute to the complexity of prevention and treatment of gout flares.” 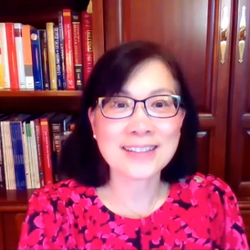