Unfortunately, for physicians, high income doesn’t guarantee a comfortable, well-financed retirement. There are many considerations that go into creating a retirement savings plan to ensure investments can withstand a large market drop and money won’t run out all while maintaining a specific lifestyle.

Although, most people look forward to their retirement, saving for it can be stressful. People can easily get intimidated by the large nest egg they’ll need to build in order to live comfortably. And the more you earn pre-retirement, the more you’ll need to save if you want to continue living in the style you have become accustomed.

According to columnist Greg Kelly’s math, a 45-year-old physician with annual income of $213,000 will need nearly $5.2 million to retire in style. Fidelity Investments recommends that physicians be prepared to replace 71% of their income in retirement. However, most people don’t realize they’ll need that much.

Even the wealthy are concerned about their retirement savings. A survey from the deVere Group revealed that 38% of wealthy respondents said building their retirement investments was their top priority for 2014.

These common mistakes can derail retirement savings, so take heed.

8. Not taking the right amount of risk

The older you get, the less investment risk you should take right? Yes, but only to a certain extent. There is such a thing as too little risk when it comes to retirement investments. Retirees shouldn’t be able to solely live on their savings and Social Security, which means investment income will be necessary.

The general rule of thumb is that portfolio risk should gradually tilt more towards bonds as you age. However, Time points out that at age 65 you could still live another 30 years and your portfolio will need stocks to help your savings last as long as you do. Stocks will help you outpace inflation, which can be the biggest enemy of retirees.

Diversifying allows you to stay invested in stocks without the risk of one investment tanking your portfolio. But every person has his or her own level of risk tolerance.

Instead of adhering too closely to the “rule of thumb,” choose the investments that are right for your stage in life, your retirement timeline, and your personal stomach for risk, according to LearnVest. And each year, check the portfolio and made adjustments as needed.

Instant gratification is so much better than waiting for something. And yet giving in to those urges will deliver a strong blow to your retirement. Instead of upgrading to a nicer, bigger house, getting a second luxury car, or taking an expensive vacation, put that money into a retirement savings account. Especially if purchasing one of those items means compromising later.

Although it’s farther off in the future, saving for retirement should be the top priority, even over paying for college for your children. They have time on their side to pay off loans. But once you reach retirement age and realize you don’t have enough money, it’s tough, if not impossible, to catch up.

Physicians who make a lot of money and contribute the maximum amount to one retirement account might think they’re done. But the truth is, if you’ll need a couple million dollars to live the lifestyle of your retirement dreams, then more than one account is necessary.

While it’s great if your company offers a 401(k) (and even better if the employer matches contributions), this is not the only way to save for retirement. Once you’ve invested the amount your employer will match, consider opening an IRA or a Roth IRA so you can sock away a little extra money each year.

If you have a large salary and equally big expectations for retirement, then you need to max out contributions to as many accounts as possible. Don’t hold back.

Creating a plan is smart, but closely following that plan is imperative. One of the mistakes many people make when saving for retirement is simply guessing at what they’ll need instead of actually calculating it based on how long they might live and what sort of lifestyle they want, and then stress testing the plan against all sorts of market scenarios.

Your plan should direct you during a market downturn so you don’t panic, sell, and lose a ton of money. A plan will also prevent you from simply following the herd, investing in hot stocks after they’ve already risen and possibly taking on unnecessary risk.

People are emotional, especially when it comes to money, and a plan takes the emotion out of your investment decisions—as long as you can stick to it.

The unobservant investor could lose tens of thousands of dollars over the years to fees, and when it comes to retirement, that money could be crucial. PMD columnist and financial consultant Shirley Mueller, MD, has often written about the dangers of fees. Recently, she wrote about fees in 401(k) plans and the effect they have on investors.

In fact, only recently participants in employer-sponsored plans didn’t actually know how much their plan cost or if their plan had any costs. The fees can really add up, though, and it means less money compounds over the years.

Paying 1% or 2% in fees might not sound like a lot, but The Atlantic broke down just how crushingly expensive those fees can be in the long run. The chart below from The Atlantic shows 2 options for 401(k)s: one with 0.08% fee and one with a 1.33% fee. In the example, the participant contributes $3,000 a year.

Even little fees can make a huge difference in your retirement savings.

When people change jobs they have a bad habit of cashing out their retirement plan, according to a survey from Fidelity Investments. This is possibly the worst thing they could do, unfortunately.

When you leave a job, there are 3 options for your retirement account: take the money, keep it in the existing plan, or roll it into another tax-advantaged account. People who chose to take the money are not only forfeiting years of potential investment growth, they’re subjecting themselves to fees and penalties.

“Everyone’s personal financial situation is different and there are times when a person must have access to cash,” James MacDonald, president of Workplace Investing at Fidelity, said in a statement back in February. “However, we urge all investors—especially young savers with years of potential investment gains—to keep their 401(k) savings working for them in a tax-advantaged retirement account when changing jobs.”

If you take the money out before retirement, you pay federal and state taxes, plus a 10% penalty for early withdrawal. According to Time, the money you saved over 5 years could take twice as long to replace.

Just a bad as cashing out the plan is borrowing from it, which some employers allow. Not only is the money that pays back a 401(k) loan taxed today, but the money is taxed again when you retire and withdraw it. And if you leave your employee and don’t pay back the loan in 90 days, the money is considered an early withdrawal, according to LearnVest.

Outliving savings is one of the biggest fears of pre-retirees. With people living longer and longer and healthcare costs getting more and more expensive, it’s a very real possibility. In fact, 54% of retirees and 63% of pre-retirees are worried about depleting their savings by outliving them, according to a survey from the Society of Actuaries.

Part of living longer is increased medical costs. Many pre-retirees underestimate just how much healthcare will cost during retirement and don’t plan accordingly. A whopping 84% of workers are unsure if they’ll be able to cover healthcare costs in retirement, according to the Fidelity Retirement Savings Assessment study.

Fidelity estimated that the average couple could expect to spend roughly $220,000 in healthcare expenses in retirement—half of pre-retirees think they’ll only need $100,000 for a couple. According to Fidelity, for pre-retirees (ages 55 to 65), healthcare represents 7.6% of total expenditures, but after age 65 it will increase to 12.2%.

The worst thing you can do when preparing for retirement is to procrastinate. Waiting to save is giving you a huge disadvantage right in the beginning. Unfortunately, for physicians, they’re already starting out much later than the rest of the population. By the time they start working at age 32, other college graduates have been working for a decade and possibly saving for retirement for just as long. That means they have an extra 10 years’ worth of compounding in their favor.

Many people believe they can make up for lost time by saving more later, but because of compounding interest, the earlier you start, the faster that money grows later.

“If you wait, you are essentially robbing your retirement of its power,” according to Nasdaq.

Tom Dyson at InvestmentU.com perfectly explains the power of compounding with the example of 2 siblings. One saves $2,000 a year from the ages of 19 to 25. After that she stops contributing and lets the money compound at 10% until the age of 65. She has only contributed $14,000, but the account has $944,641 by the time she turns 65.

Because the sister started so much earlier, she contributed far less to come to nearly the same result.

So what are you waiting for? Get started! 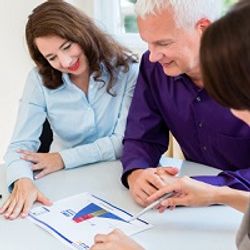 The New SECURE Act Helps People Save More for Retirement