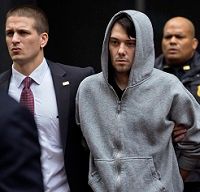 The question, framed as a request, was posed by Elijah Cummings (D-Maryland), at a hearing of the House Committee on Oversight and Government Reform Feb. 2, where Shkreli was summoned as a witness. But if his demeanor at the hearing was any indicator, the chances of pharma's so-called bad boy working to lower drug prices seem remote.

The former chief executive of Turing Pharmaceuticals, now indicted on federal securities fraud charges, Shkreli has sparked outrage with his gleeful defense of that company’s strategy in buying up obscure drugs for rare diseases and jacking up the prices.

In the case of Daraprim, a remedy for toxoplasmosis, that meant raising the price to $750 a pill from $13.50.

At the hearing, in what has become a familiar Shkreli performance, seen here on C-Span, he treated his questioners with apparent disdain, smiling and chatting with his lawyer during serious questions, and refusing to answer any of them, except when one congressman asked whether Shkreli’s name was being pronounced correctly.

Rep. Trey Gowdy (R-SC), a former prosecuting attorney, attempted to persuade Shkreli that the Fifth Amendment's right to refuse to make self- incriminating statements did not apply to questions not specifically related to his legal troubles. He is facing charges for allegedly using the assets of another company (Retrophin) in 2012 to shore up losses at a hedge fund Shkreli started and named MSMB Capital Management.(AP photo shows his arrest in December, 2015)

The committee was not interested in that matter but wanted to better understand how pharmaceutical prices are set, and what role generic drugs play in that process.

Shkreli’s refusals to talk at the hearing drew angry responses from many, including Gowdy.

“He doesn’t have to be prodded to Tweet or show his life on that little web cam,” said Gowdy.

Shkreli has a fan base, Twitter followers, and a site where they can watch him doing mundane daily activities.

He told Shkreli that he hadn’t known whether he would appear at the committee hearing, which had been Cummings’ idea. “It’s nice to see you,” he said, and added a “God bless you” at the end of his remarks.

“Peoples’ lives are at stake,” Cummings said, referred to the escalating prices of certain drugs,

“You have a spotlight and a platform . . . you could become an effective patient advocate.”

When it became clear Shkreli would plead his Fifth Amendment right to refuse to answer in response to all questions, the committee gave up, dismissing him as a witness after 10 minutes.

Check out my slick escape from the photographers into my armored SUV. #smoothhttps://t.co/QUntgc0Roo