COPD Incidence in Women Higher than in Men

Researchers from Lund University in Sweden studied the incidence and significance of airflow limitation in a geriatric population sample of more than 2,000 patients in order to determine who is affected most by COPD.

Women are at a higher risk for developing chronic obstructive pulmonary disease (COPD), suggests a report published in the European Respiratory Journal.

Researchers from Lund University in Sweden studied the incidence and significance of airflow limitation in a geriatric population sample of more than 2,000 patients in order to determine who is affected most by COPD.

The study authors noted that the true incidence of COPD is largely unknown due to the very few longitudinal studies performed — and those that were performed generally used diagnostic criteria no longer considered viable by either the European Respiratory Society of the American Thoracic Society.

Of the total patient population, 984 were subjects aged 65 to 100 years and completed a six year follow up visit. The researchers gathered smoking status and smoking habit data at baseline and defined airflow limitation as both according to forced expiratory volume in 1 s (FEV 1) and forced vital capacity ratio <0.7 and < low limit of normal (LLN) values.

Using the LLN values (a more modern diagnostic method for COPD) the researchers demonstrated a gender difference among geriatric patients who develop COPD. There was a 1.41-fold higher incidence of COPD among women when COPD was measured using LLN values, leading the researchers to suppose that women had a greater likelihood of developing COPD than men.

“We see a clear increased risk for women contracting COPD compared with the risk for men,” said researcher Johannes Luoto in a press release. “And it applies even when other risk factors, such as smoking and age, are taken into consideration. These older [diagnostic] methods do not consider the age or sex of the examined subject when interpreting the lung function even though we know that normal aging effects lung function and suspect that there may be differences between sexes.”

Previously, the researchers said there was evidence that women’s airways were more sensitive than men’s, but with FEV1 and other, older diagnostic tools, a gender gap could never be confirmed.

“Researchers and the doctors involved have not yet agreed on the method that is to be used in practice. Further studies are needed to compare the methods,” Luoto concluded. 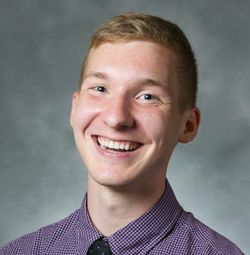