Yoga and pulmonary rehabilitation methods are effective for patients with chronic obstructive pulmonary disease according to findings of Indian study. 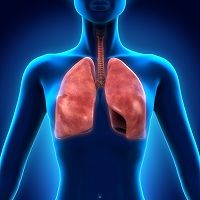 Yoga and pulmonary rehabilitation methods are effective for patients with chronic obstructive pulmonary disease (COPD), according to findings presented at the CHEST Annual Meeting in 2015 in Montreal, Canada.

Researchers from the Department of Pulmonary Medicine and Sleep Disorders at All India Institute of Medical Sciences in New Delhi, India divided 60 patients with COPD into two groups in order to investigate the role of yoga classes on pulmonary rehabilitation on markers of inflammation in the body.

Half of the patients were taught yoga while the other group underwent a structured pulmonary rehabilitation program. Each group participated in their respective class for one hour of training twice per week for the first 4 weeks, followed by training every two weeks for 8 weeks. The remaining weeks of the study were practiced at home.

The groups were tested for measures of shortness of breath, serum inflammation, and lung function tests. After the 12 weeks of training, patients who underwent yoga classes and pulmonary rehabilitation exercises resulted in similar improvements in measures of pulmonary function, 6 minute walking distance, Borg scale, severity of dyspnea, quality of life, and levels of C reactive protein.

“This study suggests yoga may be a cost effective form of rehabilitation that is more convenient for patients,” Mark J. Rosen, MD, Master FCCP, CHEST Medical Director, explained in a press release.

“The authors recommended adoption of yoga programs as an option as part of long term management of COPD. These findings should be confirmed in new studies and the potential mechanisms explored.”

As MD Magazine recently reported, yoga improved rheumatoid arthritis and osteoarthritis and mood for female adults, according to research done by Johns Hopkins Medicine. That study was conducted in a population of 75 sedentary adult females, and found that 22 of 28 patients completed yoga programs — all of those patients who competed yoga programs demonstrated improvements in physical component summary, flexibility, 6 minute walking distance, psychological and health related quality of life domains at 8 weeks, as well as 9 months later at follow up.

Additionally, MD Magazine reported that investigators from the Hospital for Special Surgery examined 1,400 adults who participated in exercise programs. The team found that fewer participants who completed exercise programs experienced high levels of muscle or joint pain from their condition. There was also a reduction of stiffness, improvement of balance, and feeling less fatigued reported as a result of taking part in the exercise program.