Cardiovascular risks are increased proportionally among pediatric patients with increasing obese body mass indexes, according to research from JAMA Pediatrics. 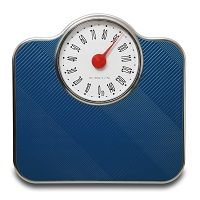 A multifaceted team of researchers examined 242 patients aged 19 years or younger who underwent weight loss surgeries at 5 adolescent weight loss surgery centers in the US between February 2007 and December 2011 to determine the baseline prevalence and predictors of CVD among this population.

The patients were considered at risk for CVD if they displayed the following characteristics: having dyslipidemia, abnormally high low density lipoprotein (LDL) cholesterol or triglyceride (TG) levels, abnormally low high density lipoprotein (HDL) cholesterol levels, or were taking medications for dyslipidemia. The researchers hypothesized that even in a severely obese young study population, the higher body mass index (BMI) levels would be linked to having greater CVD risk factors.

The researchers found the median BMI for the patients was 50.5. The patients had a myriad of CVD risk factors, such as:

“Despite the fact that all participants were already severely obese, we were nonetheless able to detect a graded risk for elevated blood pressure and IFG across categories of BMI in this cohort,” the authors concluded. “Although such overt manifestations of CVD are rarely present in the pediatric population, associated clinical and biological risk factors have been identified during childhood and adolescence and these CVD risk factors are known to track into adulthood.”

The investigators wrote that reversing severe obesity could be important in preventing future CVD in this population.