What is someone to do when their father wants them to be a physician, like him, but their mother doesn't want them to have the long hours lifestyle? Michael Sherling, MD, of Palm Beach Dermatology, and chief medical officer and co-founder of Modernizing Medicine, was able to make both work.

Events or words of encouragement can often become ingrained in us at an early age. We listen, we take them to heart, and they often enable us to bring our dreams to fruition.

It can become problematic if these words of encouragement or messages conflict. But that wasn’t the case for Michael Sherling, MD, of Palm Beach Dermatology, and chief medical officer and co-founder of Modernizing Medicine.

Sherling’s father, a pulmonologist, wanted his son to become a physician, and would routinely remind him that “no matter what you do, always take your pre-medical courses.” Sitting on Sherling’s other shoulder, however, was his mother.

“My mother never wanted me to be a doctor, because she saw my dad come home really late all the time,” Sherling recalls. “She always wanted me to be a computer programmer. So I had my mother on my one shoulder and my dad on the other, whispering into my ears.”

And as it turns out, both messages came through loud and clear.

Sherling obtained his BS in biology at Brown University, then he attended Yale School of Medicine for his MD. But while there, the school introduced an MBA program, so he enrolled in that as well, graduating with joint degrees in 2002. One of the courses he took as part of the MBA program was “How to Start a High Tech Company.”

“I thought, how exciting that you can create something out of nothing, build a business product and bring it to market,” Sherling says. “That’s very different from medicine, where the investment is made to learn a trade, but after that it’s kind of like autopilot. I needed a little more excitement in my life. I felt like I needed some creative outlet.”

So Sherling obtained his MD and MBA, and it paid off when a patient named Dan Cane walked into his office for treatment for a routine skin problem. It was circa 2010, and the government was offering stimulus money aimed at converting paper documentation to electronic format. The two men began talking, and everything seemed to click.

Through their conversation, Sherling learned that Cane had founded Blackboard, an educational technology company that grew into a billion-dollar organization. Cane didn’t know healthcare at the time, but he understood education. And thanks to his parents’ persistence, Sherling knew healthcare and business.

“I think that was a really good combination, the two of us defining what the opportunities were, and developing a business plan that made sense,” Sherling says.

That business plan led to the creation of Modernizing Medicine, a top-rated electronic health records company that targets different medical specialties, with the goal of providing physicians with technology that doesn’t get in the way of the patient and the physician. Sherling says it was created for physicians by physicians.

“Dan taught me how to code,” Sherling explains. “Then I could put all the medical knowledge into the platform. We repeated that model, and we have 18 physicians on staff. They’re in eight or nine different specialties. Those doctors understand how to code, and can develop the relationships between the diagnoses they make and the treatments they give. And they make it custom made to that specialty so it becomes second nature for a user to use it.”

“Our product is really out-of-the-box filled with medical knowledge, and then it has a learning engine that can adapt to each user, so that they don’t have to spend time making it work for them,” Sherling says. “Otherwise, you’re creating a product that is trying to be everything to everybody and winds up serving nobody.”

Sherling grew up in New York, about 30 minutes from Yankee Stadium, and proudly identifies as a diehard Yankees fan. That allegiance proved challenging, however, during his residency at Massachusetts General Hospital.

He’s also avid about music. Sherling plays the saxophone, and did so throughout his education, including playing in a jazz band at Brown University. Now he’s excited that his 10-year-old son is going to be taking up the same instrument.

Sherling also sang in an A cappella group, and admits to not only singing in the shower, but being quite competitive when it comes to karaoke.

“I take it to heart,” he says. “I do karaoke to win as well as to have fun,” so it’s probably not a good idea to follow him onto the stage.

For Sherling, it doesn’t get much better than having the opportunity to improve the lives of physicians in private practice. He says that creating software platforms that save physicians time and allow them to see and spend more time with patients is extremely rewarding.

“When I get customers who come up to me and my colleagues and say, ‘Thank you so much for doing this. This is exactly what we need,’ that makes it really worth it to me,” Sherling explains.

“The biggest compliment I can get is when a customer says, ‘Because of your software, I’m not only able to survive in private practice, I’m able to thrive,’” Sherling says. “That’s what keeps me energized.”

And the words of his parents still ring in his ears.

“When you’re trying to start a company, without being a doctor and seeing what the inefficiencies are, there’s no way I could have started Modernizing Medicine,” Sherling admits. “I needed both of those paths to get where I wanted to be.” 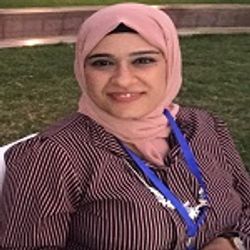