The Defense and Veterans Eye Injury and Vision Registry monitors damage to the eyes of military members, in hopes of synchronizing care across departments and informing eye protection policy in the armed forces.

Speaking at the American Academy of Ophthalmology 2016 Meeting, David A. Eliason, MD, discusses the grim necessity of the Defense and Veterans Eye Injury and Vision Registry (DVEIVR). “An open globe injury is when an eye is completely penetrated, so it’s not getting something on the surface of the eye, or even a cut through part of the wall of the eye, it’s any time you’ve cut enough you’ve entered the eyeball itself.” When the Registry was launched in 2008, those injuries were all too common.

The DVEIVR is both retrospective and ongoing, combing records across both the Department of Defense (DoD) and the Department of Veterans Affairs (VA) to identify eye injuries among service members since 2001. Because the DoD and VA healthcare systems are separate, part of the effort is to create an information bridge between the two. Eye injuries often cause soldiers to retire, and the hope here is to allow their records to connect more cohesively when they move from the DoD’s care into that of the VA.

The bulk of Dr. Eliason’s work displayed at the AAO meeting, however, had to do with how the data currently in the Registry divides up. The observed injuries were open globe injuries, intraocular foreign bodies, and penetrating burns of the eye. Following injury, more than 16% of eyes suffered “near total impairment” or “total impairment.” 18.8% of injuries resulted in necessary enucleation, the total removal of the eye.

In addition to its ability to continually monitor former military members longitudinally through the VA and DoD healthcare systems, the Registry may be a useful tool for informing policy and protection. Such horrific injuries are, hopefully, rare in the future, thanks to drastically decreased deployment as well as policies that require soldiers to wear eye protection. The DVEIVR’s ongoing data collection, in case such injuries continue, can be used to monitor compliance and effectiveness of that protection, according to Eliason. “My big hope with this is that we’ll be able to evaluate some of the policies that we have put in place over the last few years as a result of some of the conflicts we’ve been in.” 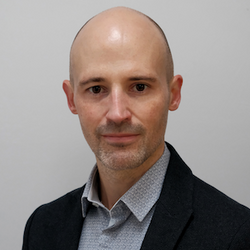 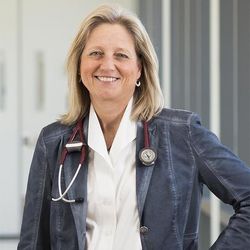