Lessons from Vegas: Don't Be Fooled By Randomness

The behavior of gamblers can be sort of similar to how people invest and what financial advisers do in investment portfolios. You can learn a lot just from observing a game of roulette.

My wife and I just got back from our favorite vacation spot — Las Vegas. Where else in the world can you visit New York, Venice and Paris in one hour? I even bring my kids, who can now rattle off every casino’s name instantly even though they’re still in elementary school (they’re doing just fine in school by the way).

I love everything about the place, but what really fascinates me is the behavior of gamblers. I liken their behavior to what a lot of you and your financial advisers do in your investment portfolios.

So I’ve put together a few timeless lessons I’ve learned over my years of frequenting Sin City and how that relates to some costly investing mistakes.

There’s a bunch of different bets you can make in roulette, ranging from betting on just one number, one color or any combination of numbers and colors. The roulette wheel has 38 numbers, ranging from 1 to 36, and the infamous 0 and 00 spaces. Half of the 1 to 36 numbers are black and the other half are red, with the 0 and 00 numbers colored green.

The dealer spins a ball which lands on one of the numbers. Players who’ve bet on the specific number or color win, and the others lose. There’s an electronic record on the side of the wheel that shows what the last 10 or so numbers and colors have been. It reminds me of the ticker symbols flying on the bottom of the CNBC screen!

Here’s one sequence of numbers that showed up when I was at the roulette table:

So what do the gamblers do with the next spin? It turns out half of them realized that the last five numbers were red and so naturally they thought the next number would be black. So they bet on black. After all if there’s about a 50/50 chance of either black or red showing up, then it’s about time for black to show up next right?

Obviously both sides can’t be right on the next spin. There has to be a loser.

What’s the fallacy all of these gamblers are making? They’re seeing patterns that don’t exist. The ball has no memory. It doesn’t care whether the last number was red or black. It doesn’t care if the last hundred numbers it landed on were all black. The next spin is independent of the spin before it. There’s no relationship between each spin of the ball. In other words with each spin, the chance of landing on black or red is the same. Yet people in Vegas extrapolate past combinations into the future.

This same gambler’s fallacy happens all the time with investors and a lot of financial advisers. You see “patterns” of investment returns that are just mirages.

For example, take a look at two investments

It’s April 2011 and you’re at the investment roulette table. You’ve got to make a choice of betting on red (stocks) or black (bonds). What should you do? It seems like red is the sure winner, but for the next five months bonds far outperformed stocks.

Skip forward to September 2011. Now it looks like the sure winner is black, but just when you start betting on black, red shows up.

Just like the roulette tables in Vegas, you’ve made a classic investing mistake. The stock market does not know its previous history. It certainly doesn’t know when you’ve invested your hard earned money in it. And its past sequence of returns isn’t going to shed any light on what it’s going to do in the immediate future.

So do what a rational investor should do: Stop playing the investment roulette game altogether. Instead bet on black and red at the same time, and forget about which color’s going to show up next. 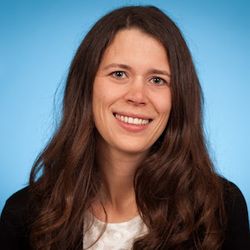