Examining the Link Between Diabetes and Exocrine Pancreatic Insufficiency

Patients with type 1 or type 2 diabetes mellitus can experience modest exocrine pancreatic insufficiency and moderate-to-severe subclinical pancreatic fibrosis even in the absence of pancreatitis.

A new review of 50 original studies concludes that, among patients with type 1 or type 2 diabetes mellitus (T1DM, T2DM), modest amounts of exocrine pancreatic insufficiency and moderate-to-severe subclinical pancreatic fibrosis often occur in the absence of pancreatitis.

The investigators identified and extracted data from research describing the morphological, structural and functional changes of the exocrine pancreas in patients with T1DM and T2DM. They then analyzed the combined data and observed a number of relationships that had gone largely or wholly unnoticed by the authors of the original studies.

Pancreatic weight and volume are significantly lower in T1DM patients — but not in T2DM patients — than in controls matched for age sex and body mass index (p < 0.005). Autopsies of 1,272 diabetic patients, moreover, usually found mild-to-marked interacinar fibrosis, scant inflammatory infiltrate, no pancreatic ductal changes, and hyalinization of arteries. Also, the pooled prevalence of decreased fecal elastase 1 (<200 [mu]g/g) is higher in diabetic patients than in matched controls, but the coefficient of fat absorption is near normal (mean, 91%-94%), and pancreatic exocrine dysfunction does not progress over time.

“In types 1 and 2 diabetes mellitus, moderate-to-severe subclinical pancreatic fibrosis and modest exocrine dysfunction occurs in the absence of clinical or histopathological evidence of chronic pancreatitis,” the authors of the review wrote in Pancreas. “We call this novel entity ‘diabetic exocrine pancreatopathy.’”

Numerous other studies have found links between diabetes and exocrine pancreatic insufficiency. A 2003 study that appeared in Pancreatology, for example, found that both T1DM and T2DM patients suffer very high rates of exocrine pancreatic insufficiency. Some 22.9% of 1.021 diabetic patients were found to have severely reduced fecal elastase 1 concentrations (concentrations < 100 microg/g).

“We could confirm that both type 1 and type 2 diabetic patients show pathological exocrine function in high prevalence,” the authors of that study wrote. “Exocrine insufficiency seems to be correlated to early onset of endocrine failure, long-lasting diabetes mellitus and low body mass index levels.”

Research has yet to uncover the mechanism that links diabetes and exocrine pancreatic insufficiency. Diabetes may damage the pancreas in ways that affect the exocrine system as well as the endocrine system. Viruses or autoimmune diseases may create both conditions in some people by damaging both pancreatic systems at the same time.

Some of the connection may also stem from pancreatitis, which is a known cause of exocrine pancreatic insufficiency and, according to at least 1 recent study, a likely cause of some T2DM cases.

Investigators from the University of Pittsburgh performed a retrospective study of 127 patients who came to their hospital with acute pancreatitis between 2003 and 2010. Some 36 patients already had diabetes when they came in with pancreatitis and another 73 never developed T2DM during the study period. The final 28 did develop T2DM — 19 during the initial admission that began the study and 9 others at some point during the follow-up period. 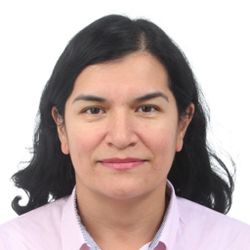