Though it is clear that other countries have problems like the United States, sometimes it takes a visit to a foreign nation to find out how dire the situation is elsewhere (and probably lots of other elsewheres).

Though it is clear that other countries have problems like the United States, sometimes it takes a visit to a foreign nation to find out how dire the situation is elsewhere (and probably lots of other elsewheres).

A girl in Helsinki.

Finland is not only in recession; it is in a depression. So say many Finns. Although the general unemployment rate may be low, around 5% according to a Tauck tour director, our Finn taxi driver had a different story. He said that within the younger age group, 25% are without jobs. He should know. He has 2 sons, one recently graduated from college and the other about to receive his degree. The taxi driver complained, “The government wants me to continue working past retirement age to pay taxes longer, but at the same time my sons can’t get jobs.” This does seem like a dichotomy.

An exhibit in the Kiasma Museum, arguably the most popular museum in Helsinki.

Simultaneously the country is supporting a large immigrant population, apparently to the tune of 3,000 Euros a month or 36,000 euros a year. In American dollars this would be roughly $50,000. Though it is true that it is expensive to live in Finland, with the nontaxed money immigrants make on the side (such as playing a flute in public for tips), their income must be attractive to them or they wouldn’t stay in the country.

This generosity on the part of the Finnish government does not preclude terrorist activity, however. Although there has not been an incident to date, Middle Eastern Finns are reportedly recruited in shopping centers to fight in Iraq or other war zones. The fear is that if/when they return to Finland, they could cause trouble in the future.

The Helsinki Railroad Station designed by Finish architect, Eliel Saarinen whose son, Eero, was also an architect and famous for his many commissions within the US.

At the same time, Finland is not a member of NATO, which could protect it from foreign invasion. It shares 1,600 miles of its border with Russia. Though few consider Putin a threat presently, he can be a loose cannon. To some in Finland, it seems that the country won’t join NATO because it wants to avoid offending Russia at its border.

Also, Finland’s economic stability is intertwined with Russia. Sanctions against Russian now mean fewer euros for Finland. Since its Eastern neighbor is an important trading partner, by some estimates, a 3% drop in its GDP would lead to a 0.5% fall in Finland’s.

Another burden on the Finnish government is that education is entirely free. Even non-Finnish citizens can take advantage of this if they test sufficiently high on entrance exams. A bartender we met in our first hotel in Helsinki, the Kemp, was clearly American. When we asked him why he was in Finland, he said, “I’m going to school.” Bartending was only a sideline he used to support his living expenses. He doesn’t have to pay tuition to attend a Finnish university. Finnish citizens are basically financing his education through their taxes. Those taxes, we learned, amount to 14% for food and 24% for alcohol, plus taxes on wages.

Art Noveau abounds in Helsinki just as it does in Riga, Latvia.

On the positive side, Finns have one of the highest education levels in the world. The country has unfailingly ranked superior in comparison to other countries, always landing within the top 10%. In fact, in a recent World Economic Forum report, its post-secondary education was ranked number one. So, this is nothing to sneeze at.

Nor are the economic problems that Finland is experiencing. Like us, they are feeling pain too. To me, it seemed even greater than the US. We sometimes forget that other countries have serious challenges too; and, I think I can say with confidence, they are often as severe as or worse than our own.

The Imperial Palace (in yellow) on a quay by the port in Helsinki. The palace was completed in 1843 as a home for visits from the imperial family of Russia.

Until 1809, Finland was part of Sweden. Then, Russia invaded the area and most Finnish-speaking regions of Sweden were ceded to the Czar by Sweden. It was not until 1917 that Finland declared independence from Russia. Please note the vantage point of this photo in relationship to an already published photo of Helsinki.

In a nutshell, Finland is immediately next to Russian. Still, it has not joined NATO. The reason is, at least in part, because the country is afraid of offending Russia since Russia is an important trading partner and thereby brings money into the country. Additionally, its economy is weighted down by immigrant stipends, supplying money for a free educational system (which students from other countries can attend without paying tuition) and other burdens. Common citizens wonder how long this can go on and if taxes are increased, will they themselves be seeing any benefit for it.

All photos by the author. 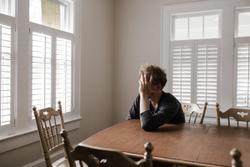 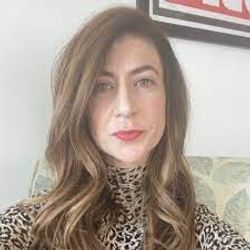