In most areas of life, the old saying "You get what you pay for" holds true. But when it comes to healthy dining options, the more expensive option may not be the best.

In most areas of life, the old saying “You get what you pay for” holds true. But when it comes to healthy dining options, the more expensive option may not be the best.

That’s the finding of Ruopeng An, a kinesiology and community health professor at the University of Illinois. An looked at eight years of data collected by the National Center for Health Statistics in its National Health and Nutrition Survey. The data cover 18,098 US adults from 2003-2010.

What he found was that people who dine out at full-service restaurants are no healthier than people who opt for fast food. Instead, eating at home is the healthiest option by a significant margin. An’s findings were published in the European Journal of Clinical Nutrition.

For instance, according to a report on the university’s news website, people who ate at full-service restaurants consumed about 58 more milligrams of cholesterol each day compared to people who ate at home. Those who ate fast food ate only 10 milligrams more than at-home diners, on average.

Meanwhile, at-home diners consumed about 10 fewer grams of fat each day compared to both fast-food and restaurant diners.

“These findings reveal that eating at a full-service restaurant is not necessarily healthier than eating at a fast-food outlet,” he said, according to the university. “In fact, you may be at higher risk of overeating in a full-service restaurant when eating fast food. My advice to those hoping to consume a healthy diet is that it is healthier to prepare your own foods, and avoid eating outside the home whenever possible.”

An said public health campaigns ought to be focused on limiting eating out in general, rather than on simply avoiding fast food. 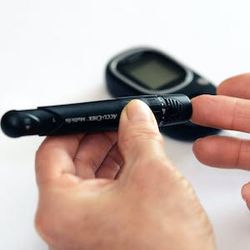