Hahnemann University Hospital in Philadelphia PA has gotten the okay to start transplanting livers and kidneys from HIV-positive donors into patients with HIV. The transplant team expects to do such a surgery within the next few weeks.

Hahnemann University Hospital in Philadelphia PA has gotten the okay to start transplanting livers and kidneys from HIV-positive donors into patients with HIV. The transplant team expects to do such a surgery within the next few weeks.

“One of the most exciting parts of this is how many HIV-positive patients will now be able to donate,” said Alden Doyle, MD, MS, MPH, the medical director for kidney transplantation at Hahnemann.

People living with HIV are generally aware that they have benefited greatly from medical research that has turned HIV from a death sentence into a chronic condition, and many are eager to give back by agreeing to become organ donors, he said. (Doyle photo at right)

Until President Barack Obama signed the HIV Organ Policy Equity (HOPE) Act into law in 2013, transplanting donor organs from people with HIV into recipients who also have the virus was illegal. So was research on that practice.

Because of the new law, transplant specialists estimate that the law should make at least 500 kidneys available nationally annually.

Johns Hopkins was the first center approved for the procedure. It received permission in February to do HIV-to-HIV transplants.

Other transplant centers are likely to soon follow said David Reich, MD, vice chair of the Department of Surgery at Drexel University College of Medicine, and chief of the Division of Multiorgan Transplantation and Hepatobiliary Surgery at Hahnemann.(Reich photo at left)

Neither of the two hospitals has yet done such an HIV-to-HIV transplant.

At Hahnemann, the plan is to use deceased donors, Reich said.

“We’ll see how it goes; using live donors is something we’re thinking about,” he added.

If liver and transplant procedures with HIV positive donors do prove successful, other organs such as the heart, pancreas, and intestines would likely follow.

The Hahnemann program has been approved by the hospital’s institutional review board and by the United Network for Organ Sharing (UNOS.) The data on procedures will be collected by UNOS and scrutinized to assess safety.

At Hahnemann, the criteria for a patient with HIV to get a transplant include being 18 or older and having well-controlled HIV.

The advent of highly active antiretroviral therapy (HAART) has made the HIV-to-HIV transplant procedure feasible, though devising drug regimens may be complicated.

Some patients may be on dialysis, or be anemic, or both, and taking several drugs related to those conditions.

Giving the immuno-suppressing drugs needed after a transplant is problematic in patients with any chronic infection.

Doyle has worked on the immunosuppressive protocols for potential HIV-positive transplant recipients.

”Fortunately we’re seeing more drugs being combined into a single pill,” Doyle said, making it easier for these patients to comply with their regimens.

According to Reich, the team is also considering HIV-to-HIV transplants for patients who have been co-infected with hepatitis C virus (HCV), now that direct-acting antivirals can effectively treat HCV.

The approval of the new procedure is good news because it “Helps close the gap of knowledge between what we think is possible and what is possible,” Reich said, “There is a massive, unrelenting shortage of organs and this means more organs,” he said.

Hahnemann did its first kidney transplant for a recipient with HIV in 2002 and since then has transplanted more than 110 HIV-positive patients.

The hospital has 45 HIV-positive patients in need of kidneys, Doyle said. 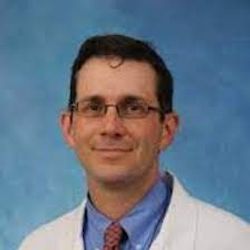 A. Sidney Barritt, MD: What's Next for TARGET-NASH 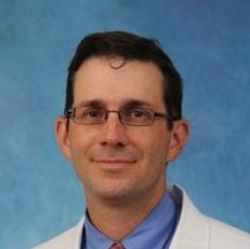 A. Sidney Barritt, MD: An Update on TARGET-NASH