In addition to increasing our efficiency, maximizing our reimbursement, making our records legible, decreasing the cost of care, and other assorted miracle cures, HIT adoption is being promoted as...

In addition to increasing our efficiency, maximizing our reimbursement, making our records legible, decreasing the cost of care, and other assorted miracle cures, HIT adoption is being promoted as an excellent way to increase patient safety. Unfortunately, there is little proof that current EMR technology accomplishes this goal. Several recent studies have shown little to no improvement in outcomes with increasing use of HIT.

In fact, several studies have shown that healthcare systems more reliant on HIT were less likely to comply with treatment guidelines than those that were less reliant. In one pay for performance (P4P) pilot program of healthcare systems using EMRs, only eight out of ten were able to earn any P4P bonus at all, and the bonuses earned were not enough to cover the cost of technology that had to be purchased to allow the data mining needed to participate in the program. Multiple healthcare systems that incorporated EMRs with clinical decision support have reported that providers often disable the clinical support “alarm” pop-ups, because they find them to be distracting, impeding and slowing up work flow. In my opinion, EMR in its current state does not seem to offer much of a solution to the problem of needing to increase patient safety.

Another approach to increasing patient safety involves adopting the techniques developed and used by the airline industry since the 1990s. Those techniques were designed to address the problem of rising accident rates that began to occur as a result of the increasing speed and complexity of the equipment and the increased traffic that accompanied the full adoption of jet aircraft. Healthcare has also become much more complex, with greater workloads for providers—leading to increased adverse events for patients. In light of this, some experts have theorized that healthcare may be amenable to some of the same safety measures taken by the aviation industry. The aviation approach involved accepting that pilots alone cannot solve all safety problems, turning instead to building a team approach to safety. The team approach involves training the entire flight team (pilots, co-pilots, navigators, flight attendants, ground crew, etc.) to be aware of safety goals and that each team member has an important role in ensuring they are met for each flight.

Safety training goals focus on not only specific safety issues, but also on the importance of increased communication about safety concerns; rapid team building when crews are flying together for the first time; extensive pre-flight team preparation; and setting goals, roles, and expectations as a team. I am concerned that all of this may not translate well to healthcare. Pilots usually fly one type of airplane and undergo extensive training on that specific equipment. Also, they tend to be very attentive to safety concerns, because they are in the same plane as the passengers. As the saying goes, “the pilot is always fi rst to the site of any aviation accident.”

Although a team “huddle” might be helpful at the start of every day in the clinic, one has to wonder just how helpful discussion of anticipated problems will be given that the list of patients to be seen often changes throughout the day. Plus, at least 50% of the time, the problem a patient tells the scheduler they are coming for isn’t what they actually end up being seen for. How can a team of providers prepare for that? I do like one aspect of the aviation safety program: pilots are forbidden to fly more than 30 hours per week or 100 hours per month. I think fatigue plays a major part in healthcare errors. However, I do not see rules enforcing workload limits ever being adopted in healthcare due to the cost of replacing all of those hours off for rest and training with additional physicians who will provide the care those well-rested physicians used to provide.

In the end, I think all of us in the healthcare industry must hope for EMRs with usable clinical support systems that enhance both patient care and safety without slowing down the process of providing that care. This does not appear to be available yet. 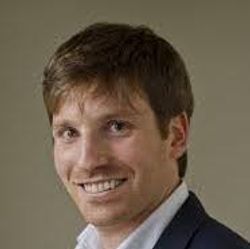