Plainsboro, NJ— The HITECH Act passed in 2009 authorized $27 billion in new funding to support the meaningful use of health information technology (HIT). But with a new Congress in place—one bent on reducing spending—many backers of HIT are concerned that key provisions and funding will be removed from the Act.

Geoff Gerhardt, MPP, senior staff member on the House Ways and Means Committee, recently spoke about this at a live event hosted by The American Journal of Managed Care (AJMC) at the National Press Club in Washington, DC.“I do think there may be a legislative attempt in the House to try to change some of the funding; however, I am confident that it’s not going to succeed at the end of the day,” said Mr. Gerhardt.

The event was hosted by David Blumenthal, MD, MPP, National Coordinator for Health Information Technology, and co-hosted by Sachin Jain, MD, MBA, from the Office of the National Coordinator and Mark Fendrick, MD, co-Editor-in-Chief of AJMC. Panelists and guests include policymakers, payers, press, providers, pharmaceutical companies, health IT vendors, health services researchers, patients, and medical educators, discussing the future of this industry. The live event—and the AJMC special issue that preceded it—were both sponsored by GlaxoSmithKline.

Dr. Blumenthal opened the event with some perspective about the role of HIT. “We at the Office of the National Coordinator can sometimes lapse into the illusion that everyone thinks about health information technology all of the time,” said Dr. Blumenthal. “Of course, that’s not true. Having a journal [such as AJMC] commit to this topic and to this extent, in my view, shows a great deal of wisdom, courage, and insight into the future of this technology,” he said.

Deneen Vojta, MD, of UnitedHealth Group, spoke about the potential impact of HIT toward the holy grail of better outcomes at lower cost. She gave some insight into the thinking behind UHG’s Diabetes Prevention and Control Alliance, which has had major success incorporating HIT toward the end goal of better patient care. “The exciting part about HIT is that it has allowed us to make this a financially sustainable model,” she said. Asked by a member of the press if health plans should—and will—be expected to take the lead in the adoption of HIT, Dr. Vojta’s answer was pointedly brief: “Yes!”

Katlyn Nemani, medical student at Tufts University School of Medicine, presented a personal and thought-provoking anecdote about the frustrations she and other family members felt after discussing her sister’s diagnosis of Hodgkin’s Lymphoma. She outlined the uncertainty and stress associated with trying to keep and share access to paper-based records. She also talked about the roadblocks she hit in her effort to isolate the potential causes for her sister’s cancer. Ms. Nemani described her sister as “one of the healthiest people I’d ever seen” in terms of her lifestyle, and she had no genetic history of cancer. “On a more personal note, I can tell you that every step of the way of my sister’s diagnosis and treatment was made more difficult for her and our family by having to deal with a paper system,” Ms. Nemani said.

The American Journal of Managed Careis an independent, peer-reviewed publication dedicated to publishing original research in healthcare outcomes and creating a forum for scientific communication in the ever-evolving field of healthcare delivery. The journal is indexed in MEDLINE/PUBMED. AJMC is published by the Intellisphere Managed Market Group, which is owned by MJH & Associates. 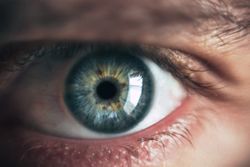