Population healthâ€”the quest to improve the physical well-being of people around the worldâ€”is increasingly focused on prevention. But giving antihypertensives plus statins to people who do not have high blood pressure has risks.

Population health—the quest to improve the physical well-being of people around the world—is increasingly focused on prevention.

Part of that objective is developing “polypills” a simple tablet or capsule that could completely prevent an illness or keep early signs of it from turning into chronic conditions or adverse events.

One part of a study known as HOPE-3, titled “Cholesterol Lowering in Intermediate-Risk Persons without Cardiovascular Disease” showed that rosuvastatin (Crestor/AstraZeneca) at a dose of 10 mg per day plus blood pressure medications resulted in a significantly lower risk of cardiovascular events than placebo in an intermediate-risk, ethnically diverse population without heart disease . It was funded by the Canadian government and the drug maker.

In a related study by HOPE-3 investigator Evan Lonn, MD, “Blood-Pressure Lowering in Intermediate Risk persons without Cardiovascular Disease,” patients got only the blood pressure medications.

These patients did not show any decreased rates of major cardiovascular events.

The researchers, and panelists who questioned them, agreed that while the statins were quite successful, adding a blood pressure medication did not achieve much—unless patients were already hypertensive. Worse, in patients had lower blood pressure, the medications had the potential to do harm.

“I told my wife about the study results and she said ‘I thought we knew that already’,” he said. But even so, looking at the population of people in a medically underserved, low-income country in the developing world, it would likely do far more overall good than harm to have patients with high cholesterol taking such a pill combo. Doctors would then deal with any problems such as blood pressure dipping too low as they arise.

The regimens would not include regular monitoring of LDL cholesterol levels, or frequent blood pressure checks. Yusef pointed out that US medicine is under criticism for the waste involved in unnecessary or redundant tests. This was a good example he said and patients often do fine without the monitoring.

“If you have a patient who feels lightheaded,” for instance, he said, “tell them to come in and see you.”

He also predicted that in the study group the results would generally show more benefit as time goes on.

The approach would likely cause great consternation in the litigation-prone world of medical practice I n the US, he conceded, advising physicians here to change the culture of the medical-legal complex.

The studies, published simultaneously with their presentation today in the New England Journal of Medicine reinforced the widely held belief that statins should be more widely prescribed.

Sticking with his belief in the promise of the polypill concept, Yusef stressed that for patients with high blood pressure combining antihypertensives with a statin was a win-win. 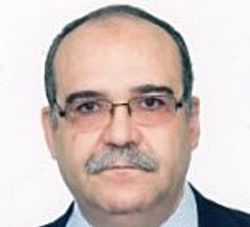