The study is among the first to provide scientific evidence for medication-free approach to condition.

The study is among the first to provide scientific evidence for this medication-free approach to IBS, a debilitating condition. Researchers concluded this dietary strategy may enable patients with IBS to alleviate symptoms with less food restrictions than those required by the low FODMAP diet, potentially improving long-term adherence.

“We didn’t expect results like this," Ather Ali, ND, MPH, MHS, assistant professor of pediatrics and medicine, Yale School of Medicine, said. “If these intriguing results can be replicated in larger and more diverse samples they can provide insight into another way to treat a condition that can often be very frustrating."

Adults 18—75 years old meeting Rome III criteria for any subtype of IBS with active symptoms were enrolled. Exclusion criteria included a history of inflammatory bowel disease, abdominal surgeries, radiation proctitis, recent antibiotic use (within 30 days), and current use of opioids/other analgesics (with the exception of non-steroidal anti-inflammatory drugs), anticoagulants or immunosuppressive. Also excluded were those unlikely to make dietary changes, operationally defined as eating outside of the home more than 5 times per week.

Intervention participants were allowed to consume mild foods every fourth day, and negative foods ad libitum — consistent with usual clinical practice. Dietary instruction was delivered at baseline, in person for 30—40 minutes, by a blinded registered dietitian, and after 2 weeks, telephone for 15 minutes. After 4 weeks, participants were instructed to consume an ad libitum diet.

Comparison participants were allowed to consume mild foods every fourth day and positive foods ad libitum. The dietary instruction was identical to the intervention group.

Participants were assessed after several weeks on the individualized diets for IBS symptoms and quality of life. Researchers found that while both sets of participants experienced improvements, individuals on diets consistent with test results fared better in terms of symptom severity.

The two test groups reported no notable difference in terms of quality of life and no adverse effects related to the intervention.

Assessment at 4 weeks, the final day of the diet, and 8 weeks postbaseline, found the restricted group to achieve significant improvement in symptoms like abdominal pain and distention, among others. A reduction in neutrophil elastase concentration was associated with reduced symptoms.

There were no significant differences between intervention and comparison groups in mean AR or QOL scores.

Overall, elimination diets guided by leucocyte activation tests reduced symptoms, which could lead to insights into the pathophysiology of IBS. The tests can be used to develop an individualized diet alleviating symptoms distinct from other types of dietary interventions which may be less restrictive than a low-FODMAP diet.

The study, “Efficacy of individualised diets in patients with irritable bowel syndrome: a randomised controlled trial” can be found in British Medical Journal. 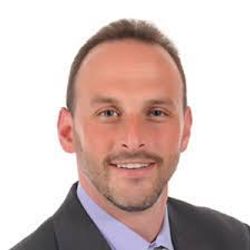 Darren Brenner, MD: Impact of Plecanatide on Quality of Life for IBS Patients