Low Back Pain Reduced with Exercise and Education

Low back pain can be prevented with a combination of exercise and education. 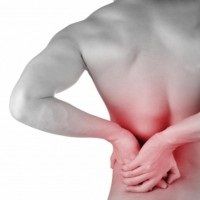 Low back pain can be prevented with a combination of exercise and education, according to a review of medical literature published in JAMA Internal Medicine.

Researchers from the University of Sydney, Australia identified 23 published reports on 21 different randomized clinical trials, encompassing more than 30,000 participants, in order to investigate the effectiveness of interventions for the prevention of low back pain. The researchers pulled the trials from sources such as Medline, Embase, Physiotherapy Evidence Database Scale, and Cochrane

Central Register of Controlled Trials from their inception to November 2014.

Most of the evidence suggested that exercise — whether alone or in combination with education – seemed to reduce the risk of an episode of low back pain and the use of a sick day, the study authors learned. Other interventions studied from the trials, such as education alone, back belts, or shoe inserts, did not seem to prevent episodes of low back pain.

“The current evidence suggests that exercise alone or in combination with education is effective for preventing low back pain,” the study authors concluded. “Other interventions, including education alone, back belts, and shoe insoles, do not appear to prevent low back pain. Whether education, training, or ergonomic adjustments prevent sick leave is uncertain because the quality of evidence is low.”

In an accompanying editorial from researchers at the University of North Carolina at Chapel Hill, Timothy S. Carey, MD, PhD and Janet K. Freburger, PhD, wrote that more than 80% of adults experience at least one episode of low back pain in their lives. They continued by adding that while most episodes of acute low back pain are self-limited and improve with time and conservative treatments, recurrence is common. They wrote that estimates of recurrence of low back pain range from 24 to 80% of cases within in the first year.

“If a medication or injection were available that reduced low back pain recurrence by such an amount, we would be reading the marketing materials in our journals and viewing them on television,” Carey and Freburger wrote. “However, formal exercise instruction after an episode of low back pain is uncommonly prescribed by physicians. This pattern is, unfortunately, similar to other musculoskeletal problems in which effective but lower technology and often lower reimbursed activities are underused.”