Making Money by Spending Less: Is There a Compulsive Shopper in Your Family?

Males and females share an almost equal tendency for compulsive shopping. A nest egg can not only be drained by poor financial planning. It can also be annihilated by spending in foolhardy ways.

A nest egg can not only be drained by poor financial planning. It can also be annihilated by spending in foolhardy ways. One culprit is a compulsive shopper within one’s own family. Though most people think it is females that are cursed with this malady, in reality, men and women share it almost equally. Six percent of women and 5.5% of men manifest the condition.

Often, other family members suspect this ailment but are not sure if their loved ones really display it. If they do, of course, treatment is in order. Fortunately, there are guidelines to differentiate a recreational from a compulsive shopper. It is only the latter that requires intervention.

1. May buy to show success and express themselves, but does so within a budget. Spending money is an acceptable way to enhance feelings of security and even attract positive attention if done tastefully and according to a financial plan.

2. Spends money with care by:

• Purchasing within a budget

A compulsive shopper, on the other hand...

1. Uses money to fulfill an emotional need without understanding what is happening. This leads to a downhill spiral in which the individual is driven to fulfill her own desires beyond what her wallet supports.

2. Spends money with abandon by:

• Little or no planning for future needs

Compulsive shopping is classified as one of the symptoms of a broader psychiatric abnormality, obsessive compulsive disorder. Therefore, it requires treatment. Information can be found at the Shopping Addiction Treatment Program Options website. Another is the National Association of Addiction Providers (NAAP).

Parts of the above are taken from Shirley M. Mueller, “The Neuropsychology of the Collector,” in Collectible Investments for the High Net Worth Investor. Editor: Steven Satchell, Academic Press, 2009. 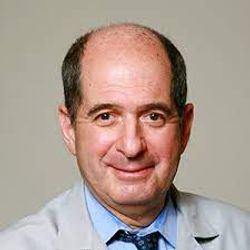