Researchers noted that some previous studies have found that sex hormones play a role in faster progression.

Men with chronic hepatitis C (HCV) infection or individuals who have had a blood transfusion experience faster progression of the liver-attacking virus, researchers in Canada say.

The team — led by Aysegul Erman, a PhD candidate at the University of Toronto — also reported that longer duration and genotype 1 infection are associated with slower HCV progression.

Determining how the virus will progress is important when considering therapies and the associated costs for different types of individuals.

“Chronic Hepatitis C virus infection, a leading cause of liver disease, can now be treated with highly effective but costly drugs,” Erman said. “The accurate estimation of HCV prognosis is crucial for determining treatment access for patients and for conducting economic appraisals of these new drugs.”

To assess the course that HCV takes in various patient groups, the team updated its 2008 literature review with data from recent studies.

The prognostic estimates from the original review have been extensively used in pharmacoeconomic evaluations, Erman said.

However, the new analysis provides more precise estimates for important subgroups of HCV-infected patients, such as injection drug users and patients identified in non-clinical settings.

“In addition, we have developed a prognostic algorithm for predicting disease progression and estimating time-to-cirrhosis for individual patients, which should be a valuable resource particularly for clinicians and for clinical policy,” Erman said.

The updated analysis involved 43,437 patients in 128 groups. The researchers estimated the annual transition probabilities between fibrosis stages (F0 to F4) and used meta-regression to explore the effect of covariates on the risk of progression.

As to why these relationships occur, Erman noted that some previous studies have found that sex hormones play a role in faster progression. Along with older age and male sex, established risk factors also include excessive alcohol consumption, higher body mass index and co-infections with either HBV or HIV, she said.

“More recent studies have also suggested that viral factors such as viral genotype-3 may also be associated with more rapid progression,’’ Erman said.

While identifying patients at risk of faster progression is important for health care decision-makers, “prognosis is also an important concern for patients living with HCV and for the physicians who treat them,” Erman noted. 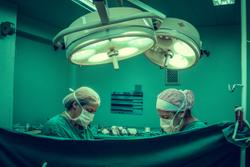