With no distinctive definition for what constitutes asthma-COPD overlap, clinicians are advising both diseases become diagnosed and treated differently.

When thinking forward to the next 5, 10, 50 years of advancements in healthcare, clinicians speak of new clarities. They prognosticate an industry with more answers than questions, more specific therapies for better defined diseases.

Some pulmonologists—for the betterment of their patients—would actually prefer to get there by muddying things up first. Take Amir A. Zeki, MD, for example. The associate professor of Medicine at University of California — Davis talked to MD Magazine® at the annual CHEST Meeting in San Antonio, TX, this year, and he imagined a future where the questionable definitions of asthma-chronic obstructive pulmonary disease (COPD) overlap (ACO) are done away.

It’s not just the most desirable advancement to Zeki; to him, it’s the most feasible. “I think the lowest hanging fruit is to just accept the latest definition we have…is really a description of asthma-COPD overlap,” he explained. “It’s not really a diagnostic criteria, but people have used it.”

Asthma affects more than 8% of all US adults and children, according to the most recently provided data from the US Centers for Disease Control and Prevention (CDC). As of 2014, more than 6% of all Americans had been diagnosed with COPD. ACO is not quantified or easily defined among either patient populations. The Global Initiative for Asthma (GINA) most recently reported in its 2018 guidelines that ACO prevalence rates range from 15% to 55% in asthma patients, dependent on age, gender, and criteria used by the diagnosing physician. Too many factors are involved to put a definite number to the disease.

Meanwhile, GINA—while deliberately clarifying their details are a description, and not a definition—more simply advises to look for consistent overlap of asthma and COPD symptoms in a patient.

“Just as asthma and COPD are heterogeneous disease, each with a range of underlying mechanisms, ACO also does not represent a single disease or a single phenotype,” the guidelines state.

Clinicians, however, seek some order. Zeki identified areas of overlapping symptoms: ACO patients commonly report similar mixed inflammation, cytokine profiles, airway smooth muscle cell proliferation, hyperinflation, and air-trapping. Even with these symptoms—clear markers of a patient particularly struggling with either asthma or COPD—a clinician may not be able to distinguish overlap, though.

“This designation is certainly not fixed, and needs some significant research to better understand whether this is a way to think about it,” Zeki said.

A larger issue lies in the state of clinical research, though. Current studies involving the asthma patients most susceptible to the current definition of ACO—those with severe inflammation—exclude patients with diagnosed COPD, and vice versa, Caceres noted. As of last year, the only marketed therapy research and advised for broadly treating chronic airway diseases was long-acting beta antagonists/muscarinic antagonists (LABA/LAMA) combination.

So, what first must be done? Zeki would like if the medical community conceded that set distinctions between the 2 pulmonological diseases were recognized as dated. Once patients are no longer diagnosed with just asthma, or just COPD, or with some variable overlapping condition, Zeki suggests they treated as under a continuum of obstructive airway disease (OAD).

He calls challenges to the not only the “identified” phenotypes of ACO, but the current standard of biomarkers used to distinguish between asthma and COPD. At CHEST, he cited a decades-old study from the European Respiratory Journal which found elevated fractional nitric oxide (FeNO) rates in patients with COPD, but even higher rates in patients with untreated asthma. Though the marker is generally used to distinguish the diseases from one another, Zeki noted it could just as well be distinguished as either disease when compared to healthy controls.

Cacares echoed this issue: how much weight from either or both disease is present in the patient at the time of diagnosis? “Is it just asthma that has been activated or is it emphysema that has progressed?” he said. “I think that’s very difficult to phase out, but I think that the more information we have from patient history helps us understand.”

If the diseases were to be considered phenotypes under a broader spectrum of disease, clinicians could turn their focus to assessing and advancing therapies that treat the traditional inflammatory diseases. Options for overall therapy could include combination corticosteroids. Emerging biologics that target multiple key pathways in OAD-associated patients, such as dupilumab or tezepelumab, could possibly play a bigger role too.

Distinctive therapies would depend on more distinctive diagnoses; Zeki called for more research into pulmonary disease biomarkers, above all else. “The problem—or the reality will be—is some kind of combination of exhaled breath and blood testing that we will put together to enhance diagnostic accuracy,” he said. “That’s still an area that needs a lot of work.”

There’s plenty of blueprints for clinicians to follow if they were to reassess the variety of asthma-COPD phenotypes. A clear intent to seek out biomarkers could then enhance the eventual benefits of targeted therapies.

New definitions of pulmonary disease could change the field. But clinicians have to start by looking at the messy overlap.

“Once we agree on that [the definition], then the research will move forward much more rapidly," Zeki said. "Right now, we’re still stuck in the realm of taxonomy, classifying, and trying to understand where it fits in."

This article is part of MD Magazine's This Year In Medicine 2018 series. To read more from the series, check out the links below and follow us on Twitter at @MDMagazine.Finding and Treating the Young Hepatitis C Patient

Influenza: Lessons from Last Season, Looking Ahead to the Next

Swiss Army Drug: Dupilumab Cuts into Asthma and Other Diseases 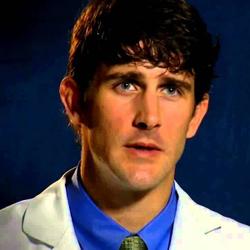