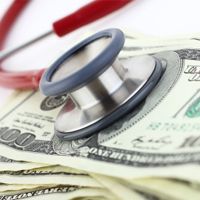 According to a study published in the journal Cancer, researchers from The Mount Sinai Hospital and Mount Sinai School of Medicine observed the colorectal cancer screening rates to quantify the changes and how the city’s efforts changed them.

The New York City Department of Health and Mental Hygiene formed a coalition of stakeholders in 2003, which had a primary focus on colonoscopy. Their aim was to develop and implement strategies citywide to achieve increased screening rates for colorectal cancer and ensure equal access for patients with respect to race and ethnicity.

The researchers determined the screening colonoscopy rate was 42% at baseline in 2003. Through their concentrated efforts, the coalition improved the screening rate to 62% by 2007 and nearly 70% by 2014.

They reported the elimination of racial and ethnic disparities.

“The increased screening rates from 2003 to 2012 translates to an additional 833,000 New Yorkers who have undergone screening colonoscopy and represents an important public health intervention,” said Steven Itzkowitz, MD in a press release. “By making screening accessible and providing high quality screenings, we can reduce the incidence and mortality of colorectal cancer in men and women.”

Valuable lessons were learned from this coalition and its success, the researchers said, including the importance of defining and revising goals, being data driven, identifying trends and creating synergies. It was also important to the coalition to have a specific established organizational structure, assess the New York City specific assets, and anticipate challenges, in order for this program or similar programs to be successful.

The researchers said that the program would be able to continue to educate the public in the future. The screening rates improved drastically and lives were saved, they said.