Obesity Week 2014 was the second annual combined meeting of The Obesity Society (TOS) and the American Society for Metabolic & Bariatric Surgery (ASMBS).

Obesity Week 2014 was the second annual combined meeting of The Obesity Society (TOS) and the American Society for Metabolic & Bariatric Surgery (ASMBS).

The Obesity Society’s Annual Scientific Meeting has grown to be one of the world’s largest gatherings of obesity professionals. The meeting brings together the leading players in the field of obesity, including leading obesity scientists presenting cutting-edge research, clinicians, educators, advocates, policymakers, and practitioners. Obesity Week 2014 featured over 100 sessions from TOS and ASMBS that were attended by an estimated 5000 people.

Researchers at Stanford University School of Medicine found that patients who reported a decrease in intensity of taste following bariatric surgery had lost more of their excess weight after 3 months than those whose taste intensity was heightened. They said they undertook the study after noticing that man of their patients reported taste alterations after bariatric surgery, including both increased sensitivity to tastes and new aversions to foods.

Most (87%) of the patients reported changes in taste perception after bariatric surgery, with 42% reporting they ate less because food didn’t taste as good, and after surgery patients did note less preference for salty foods.

Those who said their taste intensity decreased after surgery lost 20% more weight over 3 months than those whose taste intensified. Dr Morton concluded that future strategies many include teaching patients taste appreciation to derive satisfaction with less food volume.

A 3-month pilot study evaluating the safety of combined phentermine and lorcaserin in obese patients found that the combo did not exacerbate any serotonergic adverse events seen with lorcaserin alone. W. Timothy Garvey, MD, of the University of Alabama at Birmingham, presented results of the study at a poster session during the meeting. The trial, known as PETAL* (Pilot Evaluation of Tolerability and Safety of Loracaserin Plus Phentermine), sought to determine whether 9 common potential serotonergic adverse evens would be exacerbated by adding phentermine to lorcaserin.

Overall, the combination therapy was well tolerated. A similar percentage of patients in each treatment group had 1 of the 9 adverse events. Common adverse effects were consistent with prior experience with these medications: phentermine patients were more likely to have dry mouth and pulse rate increased 3 beats per minute with the higher dose. The study dropout rate was 5% among patients taking lorcaserin and 2.6% and 10% among patients who were also taking low- and high-dose phentermine.

Even though the trial was not powered to assess efficacy, patients who took the combination therapy lost twice as much weight as those taking lorcaserin monotherapy.

*The PETAL study was sponsored by Eisai.

A study based on US insurance claims found that obese patients who had contemporary bariatric surgery went on to use fewer medications for type 2 diabetes, hypertension, and heart disease. The costs for prescription medications for 2700 patients who underwent laparoscopic gastric banding or bypass surgery were $8411 in the 4 years following the surgery versus $9900 for 2700 matched patients who did not have the surgery, a saving of 22.4%.

The results of the study were presented by John M. Morton, MD, chief of bariatric and minimally invasive surgery at Stanford University School of Medicine. He said that the findings have important cost implications because they show that bariatric surgery improves patients’ quality of life. However, Dr Morton conceded that the study did not examine overall costs of hospitalization for the surgery versus long-term drug-cost savings. The costs of bariatric surgery can range from $17,000 to $30,000 depending on the surgical method and geography.

Dr Morton and colleagues used data from the Truven Health Analytics MarketScan database, which consists of insurance claims from 56 million people in 50 states who are covered by multiple insurers. They identified 2700 patients who had laparoscopic bariatric surgery in 2008, and these patients were propensity matched with an equal number of patients with a similar BMI, health status, insurance plan, and address.

In the year prior to surgery costs of prescription drugs were $3098 for patients who went on to have the surgery, whereas costs for the controls were $2303. For the following year, prescription costs were similar in both groups. However, during the 4 years after surgery prescription drug use declined in the surgery patients but rose in the others.

New weight-loss guidelines issued in 2013 by the AHA/ACC/TOS (Circulation 2014;129 [25 suppl 2]:S102-S138) include 65% of Americans (140 million people) in the category of overweight with a corresponding recommendation for behavioral treatment. Of these, 116 million people would be candidates for adjunctive pharmacotherapy, and 32 million could be considered for bariatric surgery, according to June Stevens, PhD, coauthor of a study presented at an Obesity Week 2014 poster session. The study used 6 years of National Health and Nutrition Survey (NHANES) data from 2007 through 2012 to determine how many adults Americans would need treatment for excess weight.

Dr Stevens, a coauthor of the 2013 guidelines, called the increase in numbers of Americans for whom weight-loss therapies are recommended “staggering,” and said it pointed to the need for public health solutions because the medical establishment alone will have a great deal of difficulty dealing with it. Both the new and previous guidelines specified that all obese patients get weight-loss therapy but the new guidelines specify treatment for a lot more of the overweight people.

The study found that the new guidelines would recommend weight-loss treatment for 13% more Americans than the previous obesity-treatment guidelines issued in 1998 by the National Heart, Lung, and Blood Institute.

Sleeve Gastrectomy May Be Best at Earlier Stage of Diabetes

A study examining the intermediate-term outcomes after sleeve gastrectomy among obese patients with type 2 diabetes concludes that the procedure may be best at an early stage of diabetes. “Patients with more advanced diabetes experienced the lowest rates of remission despite having lost just as much weight as those with lesser disease,” said Dr Samantha Beaulieu-Truchon of the Institut Universitaire de Cardiologie et de Pneumologie de Quebec, who presented the findings.

The impact of the procedure on diabetes was significant in the first year, a trend that continued over 5 years but to varying effect depending on disease severity. Only 10% of patients with more severe type 2 diabetes who were taking insulin were still in diabetes remission 5 years after surgery, versus 59% of those taking oral antidiabetes medications and 81% of those who were on the cusp of developing diabetes but not yet taking medication for it.

Dr Beaulieu-Truchon and colleagues analyzed data from 173 consecutive patients aged 18 years or older with BMI of at least 35 kg/m2 and type 2 diabetes, who underwent sleeve gastrectomy at their center from January 1, 2006, to December 31, 2011. Patients were followed for a mean of 30 months and up to 5 years. The patients were divided into 3 groups depending on whether they were taking no antidiabetes medications, oral hypoglycemic agents, or insulin at baseline.

At 1 year, among patients not taking any diabetes treatment or who were on oral drugs, average A1C dropped to normal levels.

The longer one has diabetes the more resistant it appears to be to remission, Dr Beaulieu-Truchon said, an important consideration for doctors and patients who hope to achieve remission after sleeve gastrectomy.

In 2013 sleeve gastrectomy was the most popular method of weight-loss surgery in the United States, surpassing laparoscopic gastric bypass. Sleeve gastrectomy accounted for 42.1% of the 179,000 bariatric procedures performed, followed by gastric bypass (34.2%), gastric band (14%), and biopancreatic diversion with duodenal switch (1%).

Americans view of obesity has shifted from a personal problem to a community problem related to food and inactivity, according to an online survey conducted in 2013 and 2014 in a representative sample of more than 54,111 US adults and 5024 doctors, nurses, and other health care professionals. Respondents were asked whether they viewed obesity as primarily a personal problem of bad choices, a community problem of bad food and inactivity, or a medical problem.

Study author Ted Kyle, RPh, MBA, of ConscienHealth in Pittsburgh, PA, said the study sought to measure shifts that might affect or result from public policy changes. He said the results show a significant shift in perceptions of obesity in 2014, with the percentage of Americans seeing obesity as a community problem increasing as much as 13% and the percentage of health care professionals increasing 18%. Mr. Kyle said it was a sign that personal blame and shame is decreasing.

Surprisingly, the percentage of health care professionals who view obesity as a medical problem actually fell between 2013 and 2014, a trend that bears watching, said Mr. Kyle. 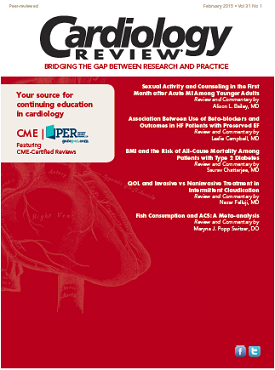