Doctors in Oklahoma would lose their medical licenses for professional misconduct if they performed abortions, under a measure awaiting that state's governor's signature. 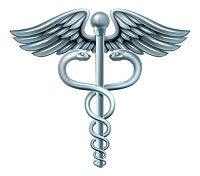 Oklahoma doctors who perform terminations of pregnancy will lose their licenses under a bill awaiting the state’s governor's signature..

The only exception would be cases where the pregnancy is a threat to the mother’s life.

Oklahoma’s state lawmakers in it's House of Representatives passed the measure last week. Gov. Mary Fallin, a Republican, has not said whether she will sign it.

The Oklahoma State Medical Association is fighting the measure.

“While the OSMA does not take a position on the legality of abortion, as long as it remains a legal act, we will oppose legislation that is designed to intimidate physicians or override their medical judgment,” the organization said in a statement on its website.

The OSMA noted that an earlier bill, one that would have made abortion a felony, did not come to a vote.

Abortion rights activists have said they will challenge the law in court if the governor signs it.

According to Oklahoma state health department data, from 2002 to 2013, there have been 70,220 legal abortions in the state, though the rate has been steadily declining.

About 80% of the women who had the procedures were unmarried and most had not finished high school.