A report on the increase in unintentional drug overdoses emphasizes the role of nonmedical opioid abuse, but also says physicians share some blame.

A report on the increase in unintentional drug overdoses emphasizes the role of nonmedical opioid abuse, but also says physicians share some blame.

A recently released report authored by experts from the CDC, the University of North Carolina at Chapel Hill School of Medicine, and Duke University Medical Center shows that in 40% of US states, unintentional drug overdoses kill more people than motor vehicle accidents and suicides.

Calling this trend a “national epidemic,” the authors of the report, published on the website of the Journal of Clinical Psychiatry, wrote that one potential contributor to the dramatic increase in unintentional overdose deaths in the US in the last two decades is that “psychiatrists and many primary care physicians might not be familiar with existing evidence-based guidelines for opioid prescribing or with programs designed to reduce the abuse of prescription drugs such as state prescription drug monitoring programs.”

A University of North Carolina at Chapel Hill School of Medicine news release accompanying the publication of the report noted that prescription opioid pain medications “are driving this overdose epidemic,” with data showing that in 2007 “unintentional deaths due to prescription opioid pain killers were involved in more overdose deaths than heroin and cocaine combined.”

According to the news release, the report found that nearly 27,500 people died from unintentional drug overdoses in 2007, “driven to a large extent by prescription opioid overdoses.” The report noted that the increased nonmedical use of opioids without a prescription is one key driver in the increase of unintentional drug overdose deaths. But perhaps just as important is the fact that roughly 15-30% of patients with severe mental disorders will also have substance abuse problems, yet “medical providers, psychiatrists and primary care physicians included, may fail to anticipate among their patients the extent of overlap between chronic pain, mental illness and substance abuse.”

Ashwin A. Patkar, MD, associate professor in the psychiatry and behavioral sciences department at Duke University, said that “people with substance abuse are more likely to have another mental illness and a significant number of patients with chronic pain will have mental illness or substance abuse problems.”

Polypharmacy involving opioids and other prescription pain mediactions, benzodiazepines, anti-depressants, and sleep aids is also a problem, “despite their potentially harmful additive effects,” said the authors. They recommend screening patients suffering with chronic pain for substance abuse and mental health problems, “especially depression and other mood and anxiety disorders.” They also recommend clinicians try “non-narcotic medications as well as, when possible, physical therapy, psychotherapy, exercise, and other non-medicinal methods” before prescribing opioid medications.

The commentary article “A National Epidemic of Unintentional Prescription Opioid Overdose Deaths: How Physicians Can Help Control It” is available online here.

Do you agree with the authors’ assessment that not only nonmedical use and abuse of opioid medications , but also clinicians’ failure to follow guidelines and safe prescribing procedures for opioids are to blame for the severe increase in overdose deaths?

How important is the role of polypharmacy, particularly combination prescriptions of opioids, benzodiazepines, anti-depressants, and other drugs, in this? Can this be blamed on prescribers failing to adequately screen patients and follow other guidelines, or are other factors at play (doctor shopping, lack of communication between providers, etc)?

Do you consider it part of standard practice to screen patients suffering with chronic pain for substance abuse and/or mental health problems?

Do you agree with the authors’ recommendations that non-narcotic pain medications and non-pharmacologic pain therapies should be tried before resorting to the use of opioid medications? 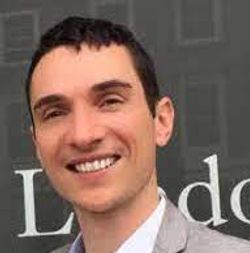