Post injury peripheral nerve regeneration and growth is possible with a powerful protein.

Post injury peripheral nerve regeneration and growth is possible with a powerful protein, according to findings published in Experimental Neurology. 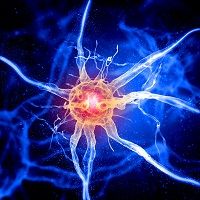 “We are excited about our findings because we had no reason to expect that just expressing the chemokine CCL2 would be enough to stimulate nerve regeneration,” senior author Richard E. Zigmond, PhD, added in the statement. “It is remarkable that CCL2 should be so powerful.”

A virus engineered to promote CCL2 expression was injected into wild type, uninjured mice models in an initial experiment. The researchers observed greater accumulation of macrophages in the dorsal

root ganglia after 3 weeks. The more macrophages permitted to build up, the researchers found, the greater the neuron sprouting (the first phase of nerve regeneration).

In another set of mice, which lacked the CCL2 receptor called CCR2, the accumulation of macrophages was not seen. This group of mice had insufficient nerve growth, the researchers said.

“We did the same experiments in another type of mouse and found the same correlation,” Zigmond said. “If macrophages don’t come into the ganglia, then regeneration is substantially impeded. We found this true of sensory and sympathetic neurons. We concluded that there was a correlation between macrophage entry into ganglia and nerve regeneration.”In testing for CCL2 over expression, the researchers learned that neuron outgrowth was possible. Leukemia inhibitory factor (LIF) mRNA and neuronal pSTAT3 changed when CCL2 was introduced.

The CCL2 allowed the peripheral nerves to regenerate, but the LIF and pSTAT3 molecules were blocked in an experiment, where the researchers observed no neurite growth even though CCL2 normally would have increased production in that area.

“Our conclusion is that the immune system and the nervous system are interacting in a beneficial way to create macrophage induced inflammation and promote nerve regeneration,” Zigmond concluded. “This is occurring around the cell bodies. There is something happening within the cell in response to macrophage activity, in addition to macrophage action on to the damaged distal nerve axon.”