Drug trials will not work if participants do not use the products being testedâ€”particularly if researchers do not know that their subjects are not adhering to their regimens. AIDs prevention researchers offer lessons from the field. 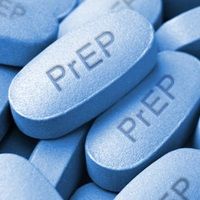 Drug trials will not work if participants do not use the products being tested—particularly if researchers do not know that their subjects are not adhering to their regimens.

Based on a study of 5,029 women in Africa, researchers point to an urgent need to measure compliance if such trials are to yield meaningful data.

The study, conducted by Ariane van der Straten and colleagues, of the Women’s Global Health Imperative RTI International in San Francisco, CA, was published in the Journal of the International AIDS Society on February 4, 2016.

The team wanted to know if women at risk of getting HIV-1 were appropriately using three drugs, including the microbicide tenofovir (TFV) disoproxil fumarate/emtricitabine, a drug which has received regulatory approval as a daily oral pre-exposure prophylaxis (PrEP).

Women can take it orally or vaginally.

Though fewer than 10% of the participants told researchers they were not using the drug, clinical measures told a different story.

In women who were supposed to take the oral version of the drug, 69% did not take it and in the group using the vaginal product, 65% were not using it.

The clinical measures of whether the women were using the products were biological pharmacokinetic assessment of TFV in subjects' plasma and on vaginal swabs.

The study known as VOICE, included women from Uganda, Zimbabwe, and South Africa.

It was a Phase IIB double-blind, randomized, and placebo-controlled trial to test three products: oral TFV disoproxil fumarate (TDF), oral emtricitabine (FTC)/TDF; and TFV 1% vaginal gel. For the purposes of this study, the researchers defined “pharmacokinetic non-adherent” as “having a TFV drug concentration below the cut-off value corresponding with no product used in the past week.”The mean age of participants was 25 years, the vast majority (98%) had one main male sex partner and most (79%) were unmarried.

The authors report, “this adherence cohort included 472 participants allocated to active arms in VOICE: 157 in the TDF arm, 157 in the TDF/FTC arm and 158 in the TFV gel arm.”

The results of this study were similar to past studies in that the route of administration did not affect adherence; whether the participants were taking an oral formulation or using a vaginal gel, there was low adherence.

The authors say, “In this study, TFV pharmacokinetic measures indicated similarly low adherence among VOICE participants in both the oral and vaginal product groups. Furthermore, no behavioral measure, regardless of data collection mode, accurately predicted non-adherences.”