Although Google hasn't completely finished its development, this comprehensive PHR program aims to outperform those that are already available.

Google has done it again — it’s made a splash and the ripples are on their way across the Internet as people discuss, debate, or argue about their latest product: Google Health. Although Google hasn’t completely finished its development, this comprehensive personal health records (PHR) program aims to outperform those that are already available, notably Microsoft’s HealthVault.

What does it do?

But, can Google Health live up to its hype of providing the public with a comprehensive place to store their health data and provide complete security for this very sensitive information?

One of Google’s promises is that the PHR is easy to use. Using its familiar easy-on-the-eyes interface, the subscriber just needs to sign in to get to the right section and enter or retrieve the needed information. However, this is one area that has security-minded people nervous. Obtaining a Google password is very easy and all Google applications use the same password. In reality, how safe is using the same password one uses for Gmail and Google Documents as the one for Google Health? The passwords can be as easy as “123ABC” if the subscriber chooses, making it very easy for someone to crack if they really wanted to.

This leads to the next issue of security. In this day and age of HIPAA (Health Insurance Portability and Accountability Act), which is applicable to health care providers, health plans, and health care clearinghouses, does a program like Google Health fall under this umbrella of security and privacy?

In the news reports, Google officials state that they will not be collecting any data from the information entered by the participants, although anonymous data, such as how many people have diabetes, will be collected and used. Google also assures the public that the platform they are using for Google Health is secure, separate from that used of their other applications. They also promise the public that Google Health will not be used to direct advertising and that income is the result of partnering with various healthcare companies, such as the Cleveland Clinic and Walgreens. Again, some concerned people are suggesting that this “no advertising” policy may not be viable over the long run.

So, what are the advantages?

Many people in the United States have more than one doctor: medical doctors (surgeons, specialists and generalists), dentists, and eye doctors. Such a comprehensive database on their patients would allow them to ensure they aren’t going against a treatment prescribed by another physician or that a medication wouldn’t be contraindicated.

There is a search for a doctor or hospital function that can be very helpful in many situations, for patients who are moving or those who are caring for elderly parents, for example, from the other side of the country. Caregivers of disabled or elderly patients may have an easier time coordinating care and keeping track of what has been done and what may be done.

Patients also may be more proactive regarding their own care if they can access what has been done and what the results have been.

What are the disadvantages?

Other than the security issues that do have some people concerned, Google, being Google, has a reputation of being everywhere. Are people going to be comfortable with having this information so out there? This may not be an issue for younger people who are more used to the Internet and the free exchange of information, but older users may not be as willing or trusting.

A program like Google Health depends on doctors offices to be using electronic records, according to the Wall Street Journal, only 14% of doctors’ offices do keep electronic records. Without enough doctors participating, patients may end up getting mixed up as to what is available online and what they need to keep track of on their own. So, realistically, is such a PHR viable without enough doctors being on board?

Can malpractice become an issue? If information is incorrectly entered and decisions made on these errors, who — if anyone – will be held at fault?

Finally, there is the issue of “will it become mandatory?” What is to stop a medical center or doctor from requiring their patients to have a PHR or even a PHR of the doctors’ choice? As healthcare professionals become more familiar with Google Health, they may come to rely on it. At that point, they may find it easier to care for patients who are participating in the program than those who aren’t. Can the patients, realistically, tell the doctor that they don’t want to use a PHR? Add to this, if a doctor is using Google Health, he or she may not want to work with Microsoft’s HealthVault or the other way around. Can patients be told that they must not only use a PHR, but a specific one?

With the electronic world spinning as quickly as it is, the advent of PHRs like Google Health and HealthVault were inevitable — but is this the time? Google and Microsoft think it is. Let’s see if they’re right. 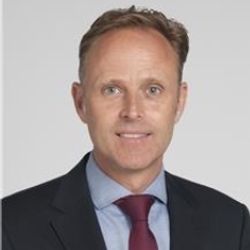 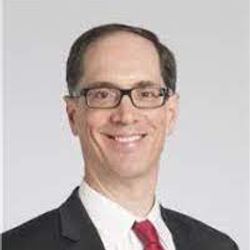 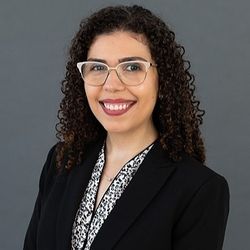 Telehealth Could Be Feasible Alternative in Ophthalmology