Using data from the Nursesâ€™ Health Study, researchers have found strong evidence of increased risk for respiratory, cardiovascular, and overall mortality for patients with rheumatoid arthritis. 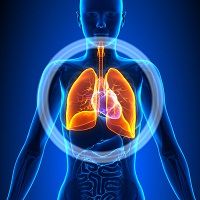 There is an increased risk of death associated with rheumatoid arthritis (RA), according to a study published in Arthritis Care & Research.

Researchers from Brigham and Women’s Hospital in Boston, Mass. analyzed nearly 120,000 women in the Nurses’ Health Study in order to evaluate the RA and mortality risk among women in the analysis. The women enrolled in the original study in 1976 and the researchers collected data surrounding comorbidity and lifestyle using biennial questionnaires. The researchers used death certificates and medical record review to determine each cause of death. The women’s deaths were categorized into groups such as all cause, cardiovascular disease, cancer and respiratory mortality and compared between patients with and without RA.

“Previous studies have suggested that RA may be associated with increased mortality, but were not able to control for other variables, such as smoking, that affect both RA and mortality risks,” corresponding author Jeffrey Sparks, MD, MMSc, explained in a press release. “Because the Nurses’ Health Study is so large and has been following participants for so long, we were able to gather much more information about our subjects — we could follow them before and after diagnosis, take their health behaviors into account and determine specific causes of death. By doing so, we found strong evidence of increased risk for respiratory, cardiovascular and overall mortality for patients with RA.”

The investigators identified 964 validated incident RA cases and nearly 30,000 deaths throughout the 36 years of prospective follow up. Plus, they controlled for other risk factors like smoking status, age, body mass index, daily activities and diet.

The risk death was increased by 40 percent in women with RA — there were 307 total deaths among patients with RA. About half of the deaths were caused by either cancer or cardiovascular disease, and 14 percent were caused by respiratory causes such as chronic obstructive pulmonary disease (COPD). The patients’ RA was significantly linked to cardiovascular and respiratory mortality, but not cancer, the researchers said.

Monitoring respiratory symptoms in RA patients might provide a clear avenue for clinicians — even in RA patients who are not smokers or who have given up smoking.

“We hope that this study will encourage patients and clinicians to be more aware that patients with RA are at increased risk of both respiratory and cardiovascular mortality, particularly patients with seropositive RA,” Sparks concluded.