A study presented at CHEST 2016 in Los Angeles found that home visits made to non-compliant asthmatics or those with uncontrolled symptoms drastically increased their adherence to treatment and regular office visits in the following year.

Results of a study on how home visits can impact adherence in otherwise non-compliant asthmatics and COPD sufferers were announced at CHEST 2016, the annual meeting of the American College of Chest Physicians taking place this week in Los Angeles.

The study, conducted by researchers from the UCSF Fresno Center for Medical Education and Research, featured 60 patients, 46 of whom were deemed “non-compliant” as a result of three or more missed office visits. The remainder were patients whose symptoms were uncontrolled.

The majority of patients in the study had significant complicating factors. Of the 24 with whom a home visit was successfully conducted, 14 (58%) were currently smokers and 18 (75%) had a history of drug use.

In the year following the home visit, the included patients made a combined 133 regular office visits, as opposed to only 68 in the preceding year. ER visits, meanwhile, fell from 52 to 31, perhaps suggesting that encouragement of more proactive confrontation of their conditions put the patients in better position to not require emergency treatment. The necessity of hospital admission on such occasions, however, was unchanged. Inhaler adherence leapt from 22% up to 65% before and after the home visit.

The researchers write that symptoms may “possibly be mediated via establishment of provider-patient trust and psychosocial well-being.” The mean age in the study was about 55 years old, and over 60% of subjects were female. The full study is published in the journal Chest.

Dosing on Pediatric Asthma Drug Out of Whack?

Asthma: It Can Begin Before Birth, Study Finds 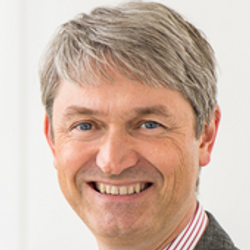