A review of the healthcare information technology provisions in the stimulus bill shows that many small-practice physicians will still face significant up-front costs for HIT implementation.

According to the New England Journal of Medicine, more than half of physicians practice alone or with no more than two partners. In 2005, the Agency for Healthcare Research and Quality found that the average cost to place EHRs in practice settings was about $32,600 per physician, with smaller practices potentially seeing a cost of about $37,200 per physician.

Avalere found that solo physicians or small-group practices would spend an estimated $124,000 between 2011 and 2015 to adopt EHR, while receiving up to $44,000 in federal incentive payments.

The deficit left would be about $70,000, or $14,000 per year, which represents about eight percent of the annual Medicare receipts for the average solo or small group physician researched by AHRQ.

Avalere concluded that, “absent a new leap of faith that new HIT will increase their efficiency, up to half of physicians (those practicing solo or in small groups) may perceive themselves better off financially by forgoing the HIT investment, and instead paying a penalty for non-compliance.”

Supporters of HIT are applauding Obama’s $19 billion investment in the area, saying that it could “stimulate innovation and eventually generate cost savings through improved care coordination and reduced medical errors. Central to the stimulus bill’s HIT strategy is an incentive fund to be paid to physicians in return for the purchase and ‘meaningful’ adoption of EHRs,” according to the Avalere press release.

However, Jon Glaudemans, a senior vice president at Avalere Health, said that current economic conditions are a serious problem in physicians’ willingness to implement EHR.

“These new incentives are intended to motivate doctors to adopt EHRs, yet for many physicians, the level of the incentive may not reflect current financial realities,” said Glaudemans. “Given this gap, EHR adoption will still require a significant investment by small physician practices. In today’s economic climate, many physicians will struggle with this calculus.” 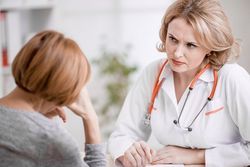 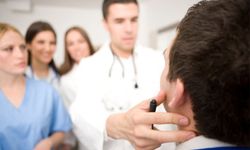