A large genetic analysis showed that the incidence of a single genetic mutation in familial hypercholesterolemia patients is smaller than thought--but that those who do have the mutation face a far higher risk of heart disease. 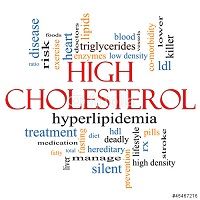 It has been widely believed that patients who have familial hypercholesterolemia (FH) are likely to have a single genetic mutation that causes the disease.

Not true, according to an international study done by Amit Khera, MD and colleagues and presented today at the American College of Cardiology’s 65th Scientific Session & Expo in Chicago, IL.

Khera is affiliated with Massachusetts General Hospital (MGH) Center for Human Genetic Research and the MGH Cardiology Division in Boston, MA. The study was published simultaneously in the Journal of the American College of Cardiology.

The incidence patients high cholesterol due to FH caused by a single genetic mutation is 2%, a screening of 26,000 patients showed.

The team found that in a cohort of 430 patients with LDC-C of greater than 190 mg/dl only 1.9% carried an FH mutation.

But for those who had the mutation, regardless of their cholesterol levels, the risk of early-onset coronary artery disease was higher than those without.

People with an FH mutation faced a substantially increased coronary artery disease risk even if their cholesterol level was only mildly elevated, they noted.

The increased risk is due to the fact that those with an FH mutation have elevated cholesterol levels from the time they are born, leading to a cumulative exposure of LDL-C over their lifetimes.

“These results raise the question of whether all individual with a high LDL should be screened for these mutations,” Khera said, presenting his findings.

Doing such screening--which he said costs about $100 to $200 for researchers but about ten times those amounts when done commercially--would likely not turn up many patients with mutations. But for those who do have them, the finding would be crucial.

“This knowledge would be relevant not only to people with familial hypercholesterolemia mutations but to their relatives as well,” he said.

As for what causes FH if it is not single genetic mutations, Khera said it could be a polygenetic cluster of mutations, or environmental factors.

“FH is a much bigger issue, we are just discovering,” Khera said.