Tattoo aficionados who appreciate the creative license behind professional inking can now take solace in the potential health benefits of tattoos.

Tattoo aficionados who appreciate the creative license behind professional inking can now take solace in the potential health benefits of tattoos.

Researchers have found that getting tattoos could strengthen the immune system, helping fight common infections.

According to recently reported statistics, approximately 14% of Americans have at least one tattoo and spend nearly $1.65 billion annually on getting inked.

Typically the common associations between tattoos and any medical report have been regarding allergic reactions or skin infections. And, more seriously, healthcare professionals had found contaminated tattooing equipment could transfer blood borne diseases like tetanus and hepatitis B and C.

However, a recent study published in the American Journal of Human Biology indicated that the immune-boosting effect increases with multiple tattoos.

Christopher Lynn, PhD, associate professor of anthropology at the University of Alabama, Tuscaloosa, AL, and team studied 29 individuals between 18-47 years old who were receiving tattoos at one of three tattoo studies in Leeds and Tuscaloosa, AL, between May-December, 2012.

The researchers collected the individuals’ saliva samples before and after the tattooing procedures to measure levels of immunoglobulin A — the antibody primed for first line of defense against common infections.

The study also assessed information regarding the total number of tattoos for each participant, lifetime hours spent receiving tattoos, etc.

The team was not surprised to discover those participants who were receiving their first tattoos showed a significant reduction in their immunoglobulin A levels — ironically a response to an increase in cortisol triggered by the stress and pain often associated with getting tattoos.

Interestingly, Lynn noted that even though the first tattoo could make the individual more susceptible to catching a cold, subsequent tattoos sessions help the body adjust its immune defenses.

Researchers acknowledged size limitations of their study sample, but believe their data provide important insight into the body’s physiological response to tattooing.

FDA Allows for Omalizumab Self-Injection Across All Indications 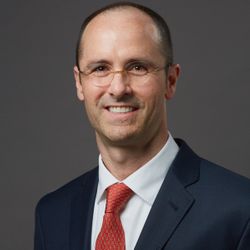