Teens Need to Cut Back on Their Energy Drinks

Energy drinks are the popular drink of choice for teens, particularly when seeking that â€œextra kickâ€ needed to stay awake. 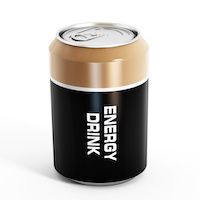 Energy drinks are the popular drink of choice for teens, particularly when seeking that “extra kick” needed to stay awake.

The CDC reported 31% of 12-17-year-olds routinely consume energy drinks and 34% of 18-24-year-olds regularly rely on the stimulant-laden drinks.

New studies, however, are issuing warnings on the dangers of drinking more than two daily — highlighting palpitations, increased heart rates, and chest pains.

According to Ian Musgrave, MD, University of Adelaide, “Energy drinks have become enormously popular in the past decade and half are consumed extensively by people who wish to reduce fatigue, increase wakefulness, and improve concentration and performance.”

A recent study published in the International Journal of Cardiology investigated the impact of energy drinks on patients who were admitted to a South Australian hospital emergency room with heart palpitations.

The team found 70% of the patients had consumed some level of energy drink in their lifetimes.

But the more direct correlation was that of patients who were surveyed, approximately 36% had drank at least one energy drink within the 24 hours before rushing to the hospital.

The experts discovered eight of the patients had more than five energy drinks, and one had even consumed 12 energy drinks combined with alcohol.

It was unsurprising that the patients who had concerning amounts of energy drinks were more prone to the heart palpitations — compared with those who cautiously only drank less than one product each day.

Interestingly, the patients who exhibited the fast heartbeats and chest pains were otherwise healthy and showed no risk for cardiovascular disease.

Reports have also found that apart from straight energy drinks, the trend of caffeinated alcoholic beverages (CABs) had been increasingly cropping up.

The popularity of this drink combination alerted the FDA who, in 2010, ordered four CAB manufacturers to recall their products from the market. Musgrave commented on the root of caffeinated alcoholic beverages, “Alcohol…actually slows the breakdown of caffeine in energy drinks and therefore is likely to increase the concentration to levels which may be dangerous.”

Healthcare providers understand further education is necessary on the dangers of exceeding the recommended number (two) of energy drinks per day, particularly since caffeinated beverages pose more of a threat to people with existing heart conditions.