Gut microbiota may trigger fat loss in response to colder temperatures, according to findings published in the journal Cell. 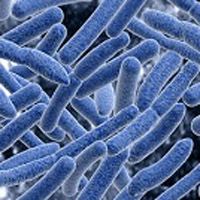 Gut microbiota may trigger fat loss in response to colder temperatures, according to findings published in the journal Cell.

Based on the hypothesis that gut microbes were related to obesity and metabolic conditions, researchers from the University of Geneva experimented on animal models to prove that exposure to cold temperatures would lead to marked shifts in the microbiota composition.

The researchers learned that exposure to temperatures of 43° Fahrenheit for up to 10 days caused a significant impact in the gut microbiome makeup and prevented weight gain in mice.

The researchers tested the direct influence of the microbes on metabolic health. They transplanted the cold inducted gut bacteria into other mice, which did not host gut microbes raised in germ-free environments.

According to their research, glucose metabolism improved in the transplanted mice, as did increased tolerance to cold temperatures. The researchers also observed weight loss in the recipient mice by promoting the formation of beige fat.

“We provide compelling evidence that gut microbes play a key role in our ability to adapt to the environment by directly regulating our energy balance,” senior study author Mirko Trajkovski explained in a press release. “We are excited about exploring the therapeutic potential of these findings and testing whether targeting some of these microbes could be a promising approach for preventing obesity and related metabolic conditions. These findings demonstrate that gut microbes directly regulate the energy balance in response to changes in the environment.”

After three weeks of being exposed to cold temperatures, the animal models’ body weights began to stabilize. The researchers thought that the mice’s intestine was absorbing more nutrients from food, which in turn would undo additional weight loss — normally, the weight loss would result in higher overall energy expenditure.

The transplant experiments demonstrated for the researchers that gut microbes linked to long term cold temperature exposure caused the intestine to expand and triggered an increase in the surface area of the intestinal cells that absorbed nutrients.

“These findings demonstrate that gut microbes enable mammals to harvest more energy from food as a way to adapt to the increased energy demand associated with long periods of cold exposure, thereby helping to protect against hypothermia,” Trajkovski said. “We were surprised to see that gut microbes had such dramatic effects on the structure and function of the intestine.”

The next steps for the team involves studying molecular mechanisms that are utilized by the gut microbes to sense changes in the environment and affect the energy outputs of the host.