The Evolution of Tardive Dyskinesia Pharmacotherapy

Dec 15, 2022
Henry A. Nasrallah, MD. This article was developed and sponsored in collaboration with Neurocrine Biosciences, Inc.

Henry A. Nasrallah, MD is a paid consultant for Neurocrine Biosciences, Inc. 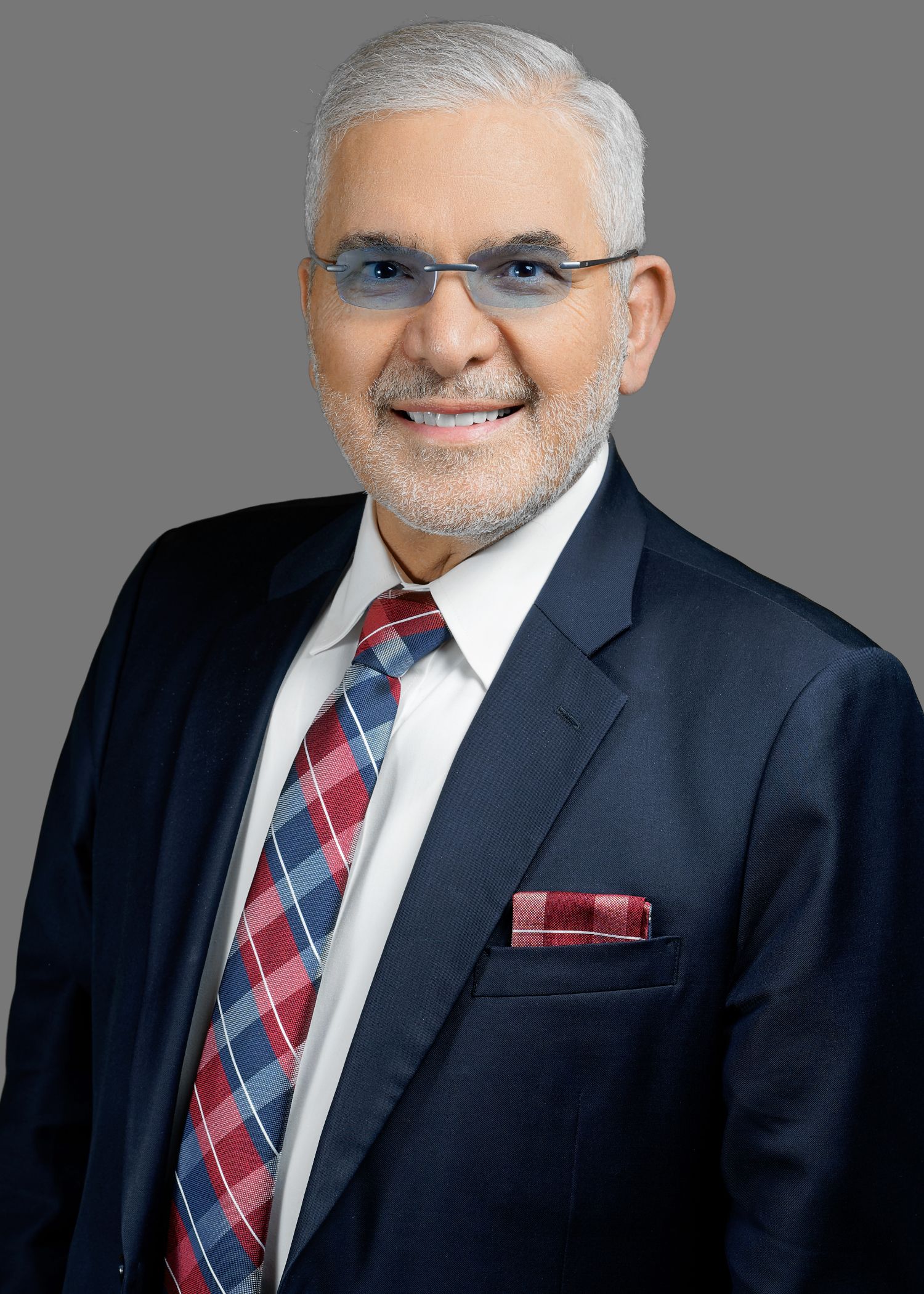 For several decades since it was recognized, tardive dyskinesia (TD) was widely regarded as an untreatable drug-induced movement disorder (DIMD) associated with the pharmacotherapy of various psychiatric disorders resulting from the use of dopamine receptor blocking agents (DRBAs), such as antipsychotics (APs). FDA approval of vesicular monoamine transporter 2 (VMAT2) inhibitors in 2017 significantly changed the TD landscape, not only offering treatment for the involuntary movements of TD but also helping to encourage earlier diagnosis and intervention.

TD is a movement disorder characterized by involuntary, abnormal, and repetitive nonrhythmic movements of the face (e.g., lips, tongue, jaw), hands, torso, and other parts of the body that can result in significant physical, psychological, and social disruption to daily life and distressing stigma.1-3 TD is associated with long-term exposure to DRBAs, such as APs.3-5 It has been shown that approximately 30% of patients on first-generation APs, 20.7% on second-generation APs (with unspecified first-generation use), and 7.2% on second-generation APs with no prior history of first-generation AP use, had TD according to a 2017 meta-analysis of 41 studies.6 The manifestation of TD can add to the overall disease burden on the patient and mental well-being. It is important to manage symptoms of TD while concurrently maintaining control of the underlying psychiatric disorder.

Prior to the availability of FDA-approved medications for this involuntary movement disorder, TD was generally accepted as an untreatable result of prolonged AP use. Previous attempts at managing the clinical manifestation were inconsistent and focused on limited AP use, dose reductions, and/or medication changes.7 However, this approach risked destabilizing the underlying psychiatric mental health disorder. Nonspecific interventions were also used, including various antioxidants and benzodiazepines.7 Further, although the movement pattern of TD is quite different, it was often misdiagnosed as extrapyramidal symptoms and thus treated with the anticholinergic drug benztropine, which may worsen TD symptoms.7,8 While the use of the anticholinergic medication benztropine is an adjunct for treatment of all forms of parkinsonism (including drug-induced parkinsonism), it should not be used for TD.7,9

The use of second-generation APs for treatment of the underlying mental health condition reduced the risk of TD but did not eliminate it, leaving an unmet need for a treatment to this disruptive movement disorder.6

Approved in 2017, INGREZZA® (valbenazine) capsules is the only once-daily treatment for adults with TD. INGREZZA is contraindicated in patients with a history of hypersensitivity to valbenazine or any components of INGREZZA. INGREZZA offers simple once-daily dosing (with or without food), no titration requirements, and three convenient one-capsule dosages (40 mg, 60 mg, and 80 mg).

Pharmacokinetic studies of INGREZZA reveal that it is converted to the active metabolite [+]-α-dihydrotetrabenazine ([+]-α-HTBZ), with selectivity for VMAT2 and no appreciable binding affinity for VMAT1, dopaminergic, serotonergic, adrenergic, histaminergic, or muscarinic receptors.17 INGREZZA is the only VMAT2 inhibitor with this unique pharmacological profile.

In a post hoc analysis of the pivotal KINECT 3 study, INGREZZA 80 mg reduced TD severity by ~30% at 6 weeks and with a high effect size of 0.9.18,* In a separate post hoc analysis, seven out of 10 patients saw a reduction in uncontrolled movements at 6 weeks.† Reductions in TD severity continued in the extension study, with ~39% reduction seen at 48 weeks with INGREZZA 80 mg.‡ In clinical trials, INGREZZA was generally well tolerated across a broad range of adult TD patients. The most common adverse reaction (incidence of 10.9%) was somnolence.8,17

*In a post hoc analysis of the primary efficacy endpoint of patients randomized to INGREZZA 80 mg at baseline through Week 6 (n=70).

Taking the first step to management of TD

The availability of therapeutic agents for TD management brought a new urgency to the recognition and diagnosis of the disorder; however, many patients remain undiagnosed or inaccurately diagnosed.19 Prompt TD recognition facilitates early treatment intervention and can help mitigate the disruptive symptoms patients experience as long-term DRBA use continues.16

Given the association of TD with prolonged DRBA use, it has been recommended that all patients receiving these agents be regularly screened for TD.16 Tools have been developed to aid in assessing patients, including the Abnormal Involuntary Movement Scale (AIMS).20 This structured clinical exam can be used to assess TD severity.

Impact on the patient experience

The impact of TD on the patient can be profound and far-reaching and may go beyond the physical impacts. Symptoms can be disruptive from a practical standpoint and may impact patients’ ability to perform routine daily activities, such as sleeping, eating/drinking and working.1,19 It can also exacerbate the harmful societal stigmatization frequently associated with serious mental disorders.1,2,21

The ability to prescribe DRBAs for patients with psychotic and mood disorders while also effectively treating TD has greatly impacted my patients. Reducing their uncontrolled movements has brought a degree of restoration of what the disorder had taken away, such as walking properly, speaking and eating without difficulty, buttoning a shirt, or typing on a computer keyboard.1,19 Overall, I have seen my patients return to many of their normal daily activities.

Proactive recognition and treatment of TD can make an impact in the lives of many patients with psychotic and mood disorders. It is important to initiate conversations with patients to uncover the potential presence and burden of TD and how treatment with a VMAT2 inhibitor, such as INGREZZA, may help alleviate symptoms.

Patient Perspective of Living With TD

Bethany was compensated by Neurocrine Biosciences, Inc. to share her story.

Hello. My name is Bethany, and I am the president of a nonprofit foundation dedicated to promoting and supporting research and education into schizophrenia and the psychosis spectrum. I also have TD.

Can you describe the journey to your TD diagnosis?

In 2007, I was diagnosed with schizophrenia. After trying several APs, I finally received an AP that helped me improve. Nine years later, I developed TD. At first, I was unsure of what it was—my symptoms were mild. But one day, my doctor noticed the oral involuntary movements as TD and after discussing the most common side effect of sleepiness, we decided I would start on INGREZZA.

How has TD impacted your life?

As someone active in advocacy, I appear in educational videos and do extensive public speaking. When the symptoms of TD appeared, I was wondering how my future would be impacted. Would I be able to continue public speaking? Would I be able to meet with supporters one on one? Would my involuntary movements distract from the important educational information I was trying to convey? I want to tell healthcare professionals to never underestimate the potential impact of TD symptoms on a patient’s life. It’s important to have discussions with your patients about how TD symptoms may be impacting their day-to-day activities and broader life passions.

How has treatment with INGREZZA helped you manage TD?

In my experience, taking INGREZZA improved my TD movements. After a few months, my symptoms were no longer keeping me from daily activities. Now that my movements have been reduced, I feel more confident speaking publicly and meeting with friends and others.

INGREZZA® (valbenazine) capsules is indicated for the treatment of adults with tardive dyskinesia.

INGREZZA is contraindicated in patients with a history of hypersensitivity to valbenazine or any components of INGREZZA. Rash, urticaria, and reactions consistent with angioedema (e.g., swelling of the face, lips, and mouth) have been reported.

INGREZZA can cause somnolence. Patients should not perform activities requiring mental alertness such as operating a motor vehicle or operating hazardous machinery until they know how they will be affected by INGREZZA.

INGREZZA may cause parkinsonism in patients with tardive dyskinesia. Parkinsonism has also been observed with other VMAT2 inhibitors. Reduce the dose or discontinue INGREZZA treatment in patients who develop clinically significant parkinson-like signs or symptoms.

The most common adverse reaction (≥5% and twice the rate of placebo) is somnolence. Other adverse reactions (≥2% and >Placebo) include: anticholinergic effects, balance disorders/falls, headache, akathisia, vomiting, nausea, and arthralgia.

You are encouraged to report negative side effects of prescription drugs to the FDA. Visit MedWatch at www.fda.gov/medwatch or call 1-800-FDA-1088.