The Lifestyles of Physician Executives

Making the transition from the clinical side of healthcare to the leadership suite requires grit, drive, and the ability to take a step back.

It was about 3 years ago when Risa Lavizzo-Mourey, MD, president and CEO of the Robert Wood Johnson Foundation, climbed to the summit of Mt. Kilimanjaro with her daughter, Rel. The trek was exhilarating, exhausting and life changing.

One of the most important lessons Lavizzo-Mourey learned from the climb is that it’s really important to pace yourself, and to be willing to pause. If you don’t take that pause, chances are you’re going to have to stop completely and not finish the climb. But if you’re willing to measure your pace, pausing frequently, you can maximize your progress upwards.

“That was a life lesson that is always worth reflecting back on because it has helped me know my limits,” Lavizzo-Mourey says, “and to push yourself to do something that perhaps you had some doubts that you could really do.”

Not surprisingly, that push or drive is a quality present in other physicians who, like Lavizzo-Mourey, have successfully transitioned from the clinical side of healthcare to the executive or leadership side.

For Lavizzo-Mourey, medicine was part of her DNA. Both of her parents were solo practitioners in Seattle, WA, so she grew up feeling that being a physician was something she should do. The inspiration she received watching her parents work was also a key component.

“There were many times when my brother and I would have to go to the emergency room with them at night because they got called to see a patient and there wasn’t anybody at home to watch us,” she recalls. “I recognized how fortunate it is when you have a career that allows you to help people.”

Robert M. Wah, MD, a reproductive endocrinologist and OB-GYN in McLean, Virginia, was recently sworn in as the 169th president of the American Medical

Association. He is also the organization’s first Chinese-American president, an achievement and an honor he traces, at least in part, back to his upbringing and the words of his father, who was an immigrant from China.

“It was clear to him that we would stand out as Chinese Americans, that we would look different than everybody else,” Wah recalls. “And he said that as long as we’re going to stand out, it’s important that we work to be outstanding. So from him coming to America as a small boy, and in one generation his son becoming president of the American Medical Association, I think is a testimony to the strong immigrant contribution we have in this country.”

For Susan Turney, MD, MS, FACP, former president and CEO of the Medical Group Management Association (MGMA), and recently named CEO of the newly formed Marshfield Clinic Health System in Marshfield, WI, there was also a desire for a career in medicine—but it didn’t hurt to have a small chip on her shoulder, either.

As a kindergarten student growing up in Mellen, WI, Turney decided she wanted to be a physician, and she expressed that desire to her teacher. She was quickly told that girls couldn’t be doctors.

Lavizzo-Mourey didn’t just watch her parents tend to patients during those late night encounters. She saw the side of healthcare that occurs beyond the four walls of a medical practice. She saw how many of her parents’ patients lost their jobs and their health insurance during a recession. And she listened as her parents spoke about the choices people had to make between paying their rent and buying food, or getting healthcare.

“That had a profound impact on me,” she recalls. “That was when I first became interested in how the health of a population is determined by factors outside of what happens in a doctor’s office.”

After serving more than 23 years on active duty as a captain in the US Navy Medical Corps, Wah—a nationally recognized expert in health information technology—became the first deputy national coordinator in the Office of the National Coordinator for Health Information Technology, US Department of Health and Human Services.

“The scope and scale of things we got involved with were just tremendous,” he says.

Wah was the lead physician in the IT shop that was responsible for the technology to help take care of 10 million patients in some 65 hospitals and 450 clinics worldwide. And through that process he managed the requirements for the system, and also managed the portfolio of about $900 million a year of IT tools that were used around the world.

“I love taking care of my patients one on one, but knowing I can implement a healthcare technology that may have an impact on 10 million patients, that’s fabulous,” Wah explains. “And then to go to the national coordinator’s office and work towards the majority of Americans having an electronic health record is again a huge impact in scope and scale that is very rewarding and satisfying.”

Turney also saw the bigger picture early on. She realized that the clinical side of medicine is supported strongly by the business side—and not business just in the sense of balancing the books and keeping the lights on. Business as in the entire system of care—having the right facility, the right staff, an environment that’s inviting and accessible, and seeing patients in a timely and effective manner.

“That’s part of the reason I got involved in healthcare administration, to make it go from good to great,” Turney says. “It was not that one day I was seeing patients and then felt I wanted to start doing something different. It really was part of the fabric, or part of my make up.”

In training, physicians are taught to focus with a singular commitment to the individual patient they are addressing at that moment. However, as a healthcare executive, administrator or policymaker, it’s essential to develop the skill set and ability to also take a population view—to be able to take an analytic approach to understanding what’s needed among a broader population of people. That analytic approach, says Lavizzo-Mourey, will enable physicians to make important tradeoffs at the population level.

“Whether that’s looking at cost-benefit, or a return on investment, some analytic way to help make those hard tradeoffs when you’re trying to allocate resources for a population.”

Communication skills are particularly important for healthcare administrators, says Turney, especially the ability to listen, to coordinate and to collaborate. She explains that while everyone sets expectations for themselves regarding personal and professional development, as an administrator it’s essential to set expectations within your healthcare organization.

“Setting expectations with mutual goals doesn’t mean as much if you’re not accountable for your actions,” Turney says. “Everything you do has an impact, and you want it to be meaningful, but in the process you need to be respectful and open and honest, and communicate clearly.”

Wah echoes those thoughts. He says that one of the skills he learned in the military is how to navigate a big organization. Knowing how to get things accomplished, and who to go to in order to make things happen is invaluable.

“I think along with that comes working with people, whether clinical or administrative,”Wah adds. “We’re all aware of the power of team-based work. And certainly we’re seeing a lot of that in healthcare, but we’re seeing it in the non-clinical side of our work as well. So the ability to work with others, to lead and inspire others, to mentor others, that’s a very important skill.”

As a healthcare administrator, Lavizzo-Mourey says she organizes her time on 2 levels: year-to-year, and day-to-day. The year-to-year focus mostly revolves around goals for her organization. It’s the type of long-range planning required to ensure the organization is making progress toward its goals, while staying vibrant. But the day-to-day agenda, she points out, is very similar to that of a practicing physician.

“I go from meeting to meeting all day long,” she explains. “It often seems like they are double booked, much the way I felt when I was seeing patients every day. And while the documentation of what happened during that meeting may not seem as life threatening or enabling as the notes we make in the charts, your ability to document what happened, and to follow up on what happened after those meetings, is absolutely essential to whether you achieve the goals that you want to.”

“Often times there are long-term problems that you’re advancing, but it’s hard to see the same kind of concrete quantifiable information each day,” Wah says. “You may have worked on a presentation, moved a project or policy forward, but it isn’t quite as definitive as clinical care is. But overall, when you look back on a body of work, you can really see some huge impacts that cross many patients.”

And that’s where the rewards come into play. Turney says that as an executive in an organization she focuses more on managing the population of her community. Being able to influence both the way care is being delivered and how practices are paid for the services they provide is extremely important for those who take care of patients not just to survive in today’s world, but to thrive in the future.

“And the exciting part is being able to connect the dots,” she says. “Being inside a clinic and seeing how I helped a patient is really a very small part of healthcare. Healthcare extends much beyond the four walls of the clinical practice. And extending that reach out into the communities whether you’re dealing with preventive care, immunizations or screening care. It’s about making sure that not just the patients who walk through the doors of the clinic get their screening, but all the people who live in the community get that screening care. So to me the dimension changes but the purpose remains the same.”

Getting away from it all

Turney may not have climbed Mt. Kilimanjaro as Lavizzo-Mourey did, but both women enjoy exercise and walking to clear their heads and break some of the stress that accompanies a career in healthcare administration.

“If I’m attending a meeting I won’t always stay at the place where the meeting is being held, so I have an opportunity to get between two places on my own two feet,” Turney explains. “Exercise is important because it gives you time to think, and time not to think. Both sides are important.”

Echoes Lavizzo-Mourey, “Getting out into the woods and being able to absorb and observe nature is incredibly relaxing to me. And even when I can’t get away from the city, just walking along a river and observing the things around me is very relaxing. It’s a way of getting grounded again, and getting a little renewal.”

For Wah and his family, a break from planning is a great way to relieve stress. Often they will engage in what he calls a no-planning travel process. The family will book plane tickets and maybe a car rental reservation, but that’s it. Sometimes they don’t even have their first night’s hotel reservation booked.

“We arrive and just sort of take off without a big plan,” he says. “It’s really kind of an adventure that way when you have to do on-the-spot problem-solving. It’s an exploration that way, instead of a big plan. Because we do so much planning in the rest of our lives, it’s kind of fun just to go without a plan.” 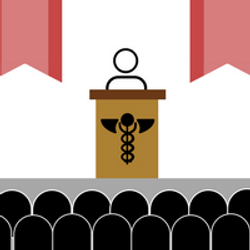 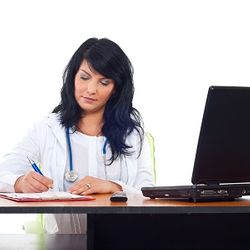