HCVGuidelines.org recently posted several updates related to the approval of Zepatier, including guidance on the role of testing patients for NS5A resistance-associated variants (RAVs) before they begin therapy with Zepatier to determine the dose and duration of the drug. 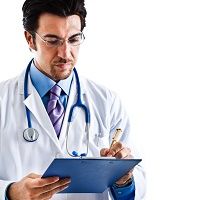 Treatment information about a newly approved hepatitis C drug was included in a major update made recently to HCVguidelines.org, a website devoted to offering timely guidance on how to treat the virus.

In January, the US Food and Drug Administration approved Zepatier for the treatment of patients with chronic infection of hepatitis C virus genotypes 1 and 4. The pharmaceutical giant Merck is the maker of Zepatier, a once-daily pill prescribed for 12 or 16 weeks that can be used with or without ribavirin and does not require interferon.

If left untreated, chronic infection of HCV can seriously damage the liver over time. Advances in drug development in the past few years have resulted in regulatory approval of several new drugs that have higher cure rates, fewer severe side effects and take less time to work than traditional therapies involving interferon injections.

A joint panel of liver disease experts oversees the website HCVguidelines.org, which was founded by the American Association for the Study of Liver Diseases, the Infectious Diseases Society of America and the International Antiviral Society-USA. The website was launched as a collaborative effort about two years ago to offer a way to disseminate timely updates to “HCV Guidance: Recommendations for Testing, Managing and Treating Hepatitis C.”

An announcement on the AASLD website states that the updates encompass several important developments, including the recent approval of Zepatier. Related to the approval, the site also added guidance throughout the document to address the role of testing patients for NS5A resistance-associated variants (RAVs) before they begin therapy with Zepatier to determine the dose and duration of the drug.

Zepatier is a fixed dose combination drug that contains 50 mg of elbasvir, an NS5A inhibitor, and 100 mg of grazoprevir, a NS3/4 protease inhibitor. There is some concern that patients who have the variants may have resistance to HCV NS5A inhibitors, which could make them susceptible to a relapse after HCV treatment.

In the section that addresses initial treatment of HCV infection and elsewhere in the guidance, it is noted that 10% to 15% of patients with genotype 1 of the virus without prior exposure to NS5A inhibitors will have detectable HCV NS5A RAVs at the population level prior to treatment. The guidance states that it is now recommended to test for NS5A RAVS in certain situations before deciding on a therapeutic course given that baseline NS5A RAVs are strong pre-treatment predictors of treatment outcome.

As well as addressing Zepatier, this extensive guidance update also incorporates revised or added new text to numerous sections. The most significant changes can be found in the sections titled Initial Treatment of HCV Infection and Retreatment of Persons in Whom Prior Treatment has Failed, according to the AASLD.

Other key updates involve treating patients with HIV, kidney disease, and severe liver disease or dysfunction and can be found under sections that focus on Unique Patient Populations. That section also has updates related to treating patients who have undergone liver transplants.