Vitamin D-the "sunshine vitamin"-has been long been appreciated as essential for healthy bones and teeth by maintaining calcium levels. More extensive and profound roles of vitamin D as a hormone regulating health and preventing disease have come to light relatively recently. Its potential for helping to ameliorate chronic pain has been less well heralded, and there are some uncertainties regarding this to be considered.

Vitamin D—the “sunshine vitamin”&mdash;has been long been appreciated as essential for healthy bones and teeth by maintaining calcium levels. More extensive and profound roles of vitamin D as a hormone regulating health and preventing disease have come to light relatively recently. Its potential for helping to ameliorate chronic pain has been less well heralded, and there are some uncertainties regarding this to be considered.

An essential but elusive hormone

Vitamin D is abundantly available in nature, as UV-B radiation from the sun converts 7-dehydrocholesterol in the skin to vitamin D3 (cholecalciferol), which is then transformed to 25-hydroxyvitamin D3 (25[OH]D), or calcidiol, in the liver. Further conversion takes place in the kidneys to the physiologically active metabolite 1,25-dihydroxyvitamin D — 1,25(OH)D, or calcitriol.

Practically every human tissue contains vitamin D receptors for 1,25(OH)D, which affect the function of up to 1,000 different genes. Thereby, vitamin D acts as a hormone regulating an array of physiological processes that may go awry in disease states. It is not surprising that inadequate levels of vitamin D have been associated with increased risk of numerous chronic conditions. Because the half-life of 1,25(OH)D is relatively brief—whereas 25(OH)D is stored in various body tissues and has a relatively long half-life of 2-3 weeks—plasma or serum concentrations of 25(OH)D is used to denote vitamin D status.

Circulating concentrations of 25(OH)D can be changeable and unpredictable. Several factors affect the amount of 25(OH)D, including geographic latitude or season (which influence the amount of potential exposure to UV-B radiation), age, skin tone, and body mass index. Dietary intake of vitamin D as either D3 or D2, even including foods fortified with vitamin D, provides only a relatively small contribution to circulating levels in almost all persons. The US Department of Agriculture recently noted that less than one-third of all Americans have adequate intake of vitamin D from all sources (http://hcp.lv/a25Swb). Some studies have suggested that as many as three-quarters of patients seen in daily practice may have inadequate 25(OH)D status and would benefit from vitamin D3 supplementation.

How much vitamin D is enough?

Much of the literature defines vitamin D deficiency as less than 20ng/mL; less than 30ng/mL is considered insufficiency. Many researchers suggest 25(OH)D levels should be above 40ng/mL, and potentially toxic levels are not reached until 150ng/mL. Recommendations for adequate daily intake of vitamin D for health maintenance have changed through the years and are still poorly defined. In the mid-1990s, daily recommended intake (DRI) ranged from 200 IU for children and younger adults up to 600 IU for persons older than 70 years. In 2005, Dietary Guidelines for Americans specified 1,000 IU/day for children and adults.

However, the USDA recently noted that, from diet alone, less than 10% of men and women older than age 50 years and fewer than 2% of those older than 70 years age have adequate vitamin D intake. Supplements are consumed by more than one-third of the population; however, even when adding this to dietary intake, fewer than 45% of adults older than 50 years of age and less than 25% of those older than age 70 have adequate intake daily (http://hcp.lv/a25Swb). Many believe the DRI for vitamin D is set way too low, and the US Institute of Medicine (IOM) is currently reviewing this and is expected to release a report outlining new recommendations in the fall of 2010.

Recommended amounts of vitamin D intake seem meager compared with what the body can produce naturally. A single exposure of the skin to sunshine may produce an amount of vitamin D3 equivalent to ingesting 10,000 to 15,000 IU; however, a number of factors conspire against the sun being a reliable source of adequate vitamin D. The elderly and those with darker skin may require up to six times the amount of sun exposure as younger, fair-skinned persons to produce the same amount of vitamin D3, and neither group might benefit if using sunscreen to protect against harmful UV-B exposure or during cold-weather months when the sun is weaker. Research has found that even a majority of persons living in the perennially sunniest climes (eg, Arizona, Saudi Arabia, Egypt) have inadequate vitamin D levels.

Most current guidelines do recognize that modern-day populations are at risk for vitamin D deficits and intake from sunshine or diet is generally lacking. Therefore, the benefits of supplementation are becoming more widely accepted but the recommended daily amounts of vitamin D for health vary widely and are probably inadequate. This becomes even more troublesome when considering adequate vitamin D supplementation for persons with chronic pain conditions.

There is considerable clinical evidence from the past 20 years demonstrating significant associations of inadequate 25(OH)D status with chronic pain conditions. These have included musculoskeletal disorders (osteoarthritis, rheumatoid arthritis, and nonspecific or idiopathic back pain), widespread pain (eg, fibromyalgia syndrome), and headache (including migraine). The associations have been observed equally among women and (most recently) men, in persons of all ages, and in differing geographic locales worldwide (http://hcp.lv/9C4R5d; http://hcp.lv/8ZxFX4).

Statistically significant correlations of pain and inadequate vitamin D do not confirm clinical significance or causality. However, there have been numerous case series and other anecdotal reports of dramatic remissions of pain following vitamin D supplementation. There also have been notable observational studies demonstrating beneficial effects of vitamin D supplementation in persons with pain, particularly relating to musculoskeletal disorders.

Although the anecdotal evidence seems convincing, it is disappointing that there have been few prospective, randomized, controlled trials examining vitamin D supplementation for pain, and many observational studies correlating painful conditions with inadequate 25(OH)D status do not report on outcomes obtained following vitamin D supplementation. One limited review of the literature, often cited as disavowing the benefits of vitamin D for pain, uncovered only 13 qualifying clinical trials and concluded there was insufficient evidence to confirm the relevance of vitamin D status in chronic musculoskeletal pain conditions (bB3b4k). However, due to varying quality of the research, the authors were not able to perform a meta-analysis of data and more than one-half of the trials actually did find that vitamin D supplementation was beneficial to some extent for resolving pain.

Recently, researchers from New Zealand conceded in an editorial that most individuals in the general population do have insufficient vitamin D levels; however, they believe it is “intuitively unlikely that a single hormone could play a substantial role in preventing or ameliorating the diverse range of diseases that have been linked to low levels of vitamin D” (http://hcp.lv/9WquN10). A more plausible explanation, they suggest, is that “less healthy individuals, who are more likely to subsequently experience morbid events, will be heavier, less active, and more sunlight-deprived than healthier ones and therefore have lower levels of 25(OH)D.” The implication as it relates to chronic pain is that vitamin D deficits are a consequence rather than a precursor of the disorders. They conclude that, “Put simply, a rigorous evidence base for recommending vitamin D supplementation for improving health outcomes, either skeletal or non-skeletal, in community-dwelling individuals does not currently exist, beyond the avoidance of vitamin D levels that can produce [painful] osteomalacia.”

Despite reservations about causal links between inadequate vitamin D and pain, and uncertainties about what constitutes adequate 25(OH)D status, the preponderance of currently available evidence recommends a trial of vitamin D supplementation in persons with chronic pain disorders (and not having contraindications such as a history of kidney stones). The most significant risk of vitamin D supplementation is hypercalcemia; however, cases of such toxicity relating to therapeutically prescribed vitamin D have been rare, and some authorities have noted that consumption of 40,000 to 50,000 IU per day for an extended period of time may be needed to cause this adverse effect.

Current protocols for vitamin D supplementation are variable. Many clinicians, guided by laboratory assessments of 25(OH)D levels, recommend 50,000 IU of oral D3 once weekly for a number of weeks until levels normalize. However, 25(OH)D assays are costly and their accuracy and/or reference ranges can be inconsistent; plus, an acceptable 25(OH)D level (eg, >30ng/mL) may be entirely inadequate for persons with pain. Limited research suggests that some persons with pain may require levels of 25(OH)D greater than 40 or 50ng/mL.

There also is an insufficient research database to confirm the benefits of periodic high-intensity or large-dose vitamin D supplementation rather than more modestly high daily dosing. In one clinical trial a once-yearly 500,000 IU oral megadose of vitamin D3 incurred significantly greater incidences of painful falls and bone fractures within three months of dosing compared with placebo. One possibility was that the huge dose triggered protective mechanisms within the body to more rapidly metabolize the active 1,25(OH)D hormone (http://hcp.lv/aqQ9zi; http://hcp.lv/dFTmNH). Even a single 50,000 IU dose is several-fold greater than the body can produce (and, perhaps, readily tolerate) from sunshine at any one time.

More moderate daily oral dosing of 2,000 to 3,000 IU D3 might be recommended for an extended period of time, at a cost of about 10 to 15 cents/day for over-the-counter preparations. Based on their research, some experts have suggested that 4,000, 5,000, or even 10,000 IU/day would not be toxic and could be beneficial for select patients with pain. At more moderate doses, it can take several months or longer for patients to detect beneficial effects of vitamin D supplementation; so, more time rather than more vitamin D may be necessary. It must be noted, however, that the long-term safety of vitamin D supplementation extending years rather than months for pain has not been adequately evaluated, so patients should be monitored for adverse reactions.

Certainly, more and better research on vitamin D for pain would be helpful. However, it is unknown where funding might come from for such clinical trials, considering that vitamin D is a generic, low cost, nutritional product without “blockbuster drug” potential to interest sponsors. And, government agencies worldwide have been reticent about supporting such research. In sum, however, supplemental vitamin D has an advantageous benefit to cost ratio, along with a favorable safety profile; therefore, in all likelihood it would do no harm and may do much good for many patients with chronic pain.

Stewart B. Leavitt, MA, PhD, is the Executive Director of Pain Treatment Topics (http://pain-topics.org) and has more than 25 years of experience in healthcare education and medical communications serving numerous government agencies and other organizations. He was educated in biomedical communications at the University of Illinois at Chicago College of Medicine and then served as a commissioned officer in the US Public Health Service at the National Institutes of Health. He went on to earn master’s and doctorati degrees specializing in health/medical research and education at Northwestern University, Evanston, Illinois. He is a member of the American Academy of Pain Management, the American Pain Society, and a founding member of the International Association for Pain & Chemical Dependency.

Conflict of Interest: None—neither Pain Treatment Topics nor the author have financial interests in or any relationships with manufacturers or promoters of vitamin D products. 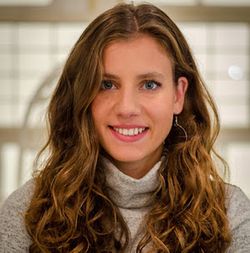 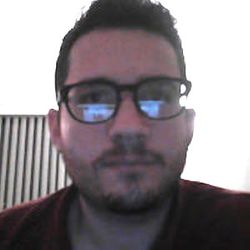