Last week was brutal with poor earnings from a number of big companies, including Google and McDonald's. But this week is going to be the week of Apple, with the iPad mini release on Tuesday and an earnings report on Thursday.

Last week was a brutal one for the markets with poor earnings reports from IBM Intel, Microsoft and Google. Even McDonald’s, which typically does well, had its worst earnings in nine years, worse even than in 2008 (and that’s saying something!). Johnson & Johnson’s earnings were slightly better than expected; although costs were higher, they were one-time costs for the most part.

Abbott Laboratories had a mixed week last week with good news from one drug trial and horrible new from another, which caused the stock to get creamed.

Amgen and Facebook report on Tuesday with Regeneron on Wednesday. According to Marek, Regeneron is expected to show “out of this world results.”

But really, this is the week of Apple, with the iPad mini release on Tuesday and earnings on Thursday. Apple needs good news this week since last quarter was a rare disappointment. 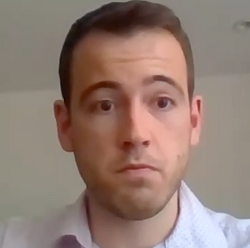