An Indiana dermatologist says dermatology is a natural fit for telemedicine. He's created an app that connects patients and doctors 24 hours a day.

If you grew up in or around New York City, or many other large cities for that matter, you’re probably used to finding a diner open 24/7. That’s not unusual. Neither are automated bank machines.

But a dermatologist? It’s not the first profession that might come to mind when you think of 24/7 service, but thanks to A. David Soleymani, MD, FAAD, a consultation with a dermatologist is never more than a click away. Soleymani has founded Dermio, a tele-dermatology app that allows patients anywhere to receive a virtual consultation by sending in a picture of their skin tissue.

And it’s not just for busy professionals.

“There’s a whole segment of the population that is completely underserved,” Soleymani says. “Whether it’s the senior population with limited mobility, or people living in rural communities, there are so many segments that can’t get access to quality dermatology.”

Soleymani says his journey to a career in medicine is, in some ways, not unlike others before him. His father was an OB/GYN, and Soleymani acknowledges that growing up in that environment, he “just wanted to help people.” But that’s where the similarities end.

As Soleymani neared completion of his fourth year in medical school, having vacillated between pediatrics, plastic surgery, and family medicine, he was still undecided about what type of physician he wanted to be.

“I started to panic,” he recalls. “I wondered if I was going to become a doctor at all.”

It was suggested he take dermatology as a rotation to study for his exams. He did, but admits that previous to that he often wondered, “Why would anyone go into dermatology?” All that changed as he moved through the rotation.

“I ended up loving the subject matter, the patients, the colleagues, and the camaraderie that they had,” Soleymani says. “They all seemed to share similar interests and passions. It became a perfect serendipitous fit for me.”

After becoming board certified, Soleymani practiced and was assistant clinical professor in dermatology at Northwestern University in downtown Chicago for 10 years. But he would eventually follow his Hoosier roots back to Indiana.

“Chicago is a fairly saturated market for dermatology,” he explains. “And I came to recognize that there’s a greater need for dermatologists [in Munster, IN]. I’d be able to offer this population care that they otherwise wouldn’t receive locally.”

And that’s where the idea for Dermio 24/7 was born.

Soleymani says there are many challenges developing and then launching an app like Dermio. But perhaps the biggest challenge—after becoming HIPAA compliant and hiring the right people—is gaining the general public’s trust.

“There’s a lot of hype behind telemedicine, and there’s a lot of investment going into it,” he says. “But the patient side hasn’t really caught up with all the hype that’s behind telemedicine. We’re trying to find a way to sort of unlock the code to gain patients’ trust that, yes, you can actually receive quality medical care through your phone, or through your web site.”

The fact that dermatology is primarily a visual field, Soleymani says, makes for an easier transition to virtual care. A link in the upper-right-hand corner of the home page enables any dermatologist or primary care doctor to plug in for a virtual consultation. The photo of the patient’s skin tissue is sent in, then analyzed by a board-certified dermatologist for the price of a co-pay ($40). A prescription can even be called in if needed.

“We’re in five states,” Soleymani says. “We’re just starting up. But we want to grow nationwide, as well as be a global company that serves underserved areas, such as in Asia or the Middle East.”

Soleymani agrees that Dermio can help generate added revenue for a medical practice, but he says there are also significant convenience and cost benefits for patients. Traditionally, he explains, dermatologists’ schedules were full and patients couldn’t get access. And when they did, they were charged a rate that included the overhead that accompanies running a brick and mortar practice.

“But we’ve kind of put the power back in the patient’s hands,” Soleymani says. “They’re able to seek out a dermatologist on demand, and the cost ends up being much lower. So we’re improving access, and helping people at the same time.”

Playing in the Band

Soleymani is a sports enthusiast who enjoys watching basketball and hockey, and playing tennis. But of late much of his spare time is taken up playing bass in a band called Into Dust. He describes their musical genre as post-modern rock.

When he was younger be begged his parents to send him for guitar lessons, and quickly became adept at playing virtually anything he wanted.

“I don’t want to sound too proud, but what I really had was a raw talent that I ended up cultivating on my own,” he explains. Then about a year ago he “happened to fall into this current band through searching on Craigslist and finding other people with similar musical interests. And here we are.”

Soleymani says that playing in the band is more about providing a release and less about the “cool factor.” He calls it his creative outlet.

Soleymani says the rewarding part of being a dermatologist comes from helping people. He recalls a recent experience when a veteran’s caregiver learned about the Dermio app from a newspaper article.

“The guy is bedridden, so he can’t get access to a dermatologist,” Soleymani explains. “His caregiver said it was an answer to his prayers, because he’d had this rash for so long and wasn’t able to get any help. That consult alone reminded me what the company’s mission really is, and why I went into medicine. It’s really to help people.” 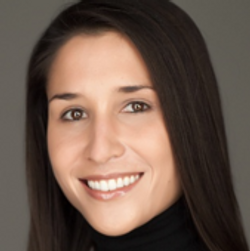 Study Details Prevalence of Vitiligo in Adults in the US 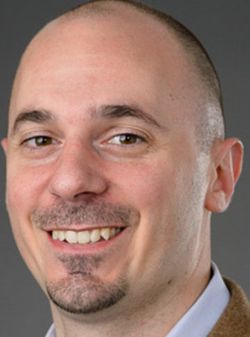 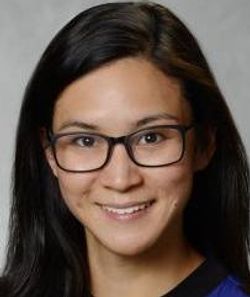