A New York plastic surgeon always knew what he wanted to be when he grew up. But even as his job has taken him far from home, he remains deeply connected to his Kentucky upbringing.

It was first grade, Career Day, where children dress to represent the fields they see themselves working in many years later.

Norman Rowe was wearing a tiny pair of green scrubs. It’s a moment he remembers vividly—helped in part by the photograph he says is “somewhere” in his parents’ home.

Even in medical school, as his colleagues moved through their rotations not knowing what they wanted to do, Rowe had a single-minded focus on plastic surgery.

“I really enjoy artistic concepts and principles,” he says. “I’m not sure if that plays into it, but there’s more artistic input in plastic surgery than any area of medicine. I guess I found my need, my calling.”

Clearly, he didn’t have to look far.

Rowe, a board certified plastic surgeon based in New York City, is recognized both nationally and internationally as a leader and innovator in plastic and cosmetic surgery. And it’s Rowe who is widely regarded for being the pioneer behind the Insta-Breast non-invasive procedure.

Consider this: How does a woman know what her breasts will look and feel like after undergoing breast augmentation surgery? Women can put the implants in their bra, or take photographs and use 3-D imaging to get a better idea. But none of those are equivalent to having something in their body.

With the Insta-Breast non-invasive procedure, Rowe injects saline into a woman’s breast in order to give them an idea of what an implant—breast augmentation surgery—will look and feel like in their body. It only lasts for 24 hours, but as Rowe says, enables patients to try it before they buy it.

“I kind of designed it to give the patient a more realistic idea of what implants are going to feel like and look like,” Rowe says. “I give them an idea of whether or not they would like to proceed.”

Rowe had been doing the procedure on chins, cheeks, and even prior to nasal augmentation for five years to see if the look and feel was what patients truly wanted. Then two years ago he realized: Why not breasts, buttocks or calves—or even the pectoral area for men?

“It’s a good way for a patient to get an idea of what they’re going to look like,” Rowe says. “Patients love it. They find it very realistic, because it is realistic. It’s the closest they can get to see what implants feel like without having them put in. But it feels like an actual implant.”

Rowe was born and raised in Louisville, KY, where he says bourbon, baseball, and horses reign supreme. He recalls that every Friday evening his father would drink a glass of bourbon, which is probably not unusual since in Louisville, “bourbon is everywhere.” Rowe has followed in his father’s footsteps.

“I enjoy a nice glass on Friday night, at the end of the week,” he says. “Whenever we go [to Louisville] we’ll bring some back. And whenever a friend or family members comes up, they’ll bring me a bottle.”

But, Rowe adds, the bourbon must be drunk properly. He says that ice and other things people add to bourbon just get in the way. And that people who add Coke to bourbon, “really don’t know anything about bourbon. They’re missing out on the best part of the drink.”

Not surprisingly, Rowe has a large collection of bourbons, about 40 bottles, which he has collected during his travels. One of his favorites is Woodford Reserve. But his heart still resides in his old Kentucky home.

“We always go home twice a year—for Thanksgiving, and the Kentucky Derby,” he explains. “And every year, on the Friday after Thanksgiving, we make a trip to the local distilleries. It has become a family tradition. And fortunately, we haven’t run out of distilleries.”

Rowe is also an avid sports fan. He says some of his fondest memories growing up were when he and his father would drive up to Soldier Field in Chicago to watch the Bears play football. They also made trips to old Riverfront Stadium in Cincinnati to watch the back-to-back World Series Champion “Big Red Machine” of the mid-70s play.

“My dad loved all sports,” he says. “But I grew up in Louisville, so basketball was always key to me.”

Starting in third grade, Rowe played in basketball leagues and often traveled to Cincinnati, Chicago, and Indianapolis to play.

“And in Louisville, with the University of Louisville and Denny Crum, we had one of the best coaches around.”

But the best time of year, Rowe says, was Christmas. Not just for the presents and family dinner, but for the college basketball Christmas Classic—usually involving powerhouse teams including Kentucky, Louisville, Indiana, and Purdue. He and his father would attend all the games.

“If it has something to do with sports, I love it.”

When Rowe thinks of the most rewarding aspects of the work he does, he recalls a young female patient from about seven years ago. She was an introvert. But one year removed from surgery he saw her out with her friends as gregarious and bubbly as can be.

“She was a totally different girl than the one who walked into my office a year before,” Rowe recalls. “If it wasn’t for her face, I wouldn’t have recognized her, because she had completely changed. I like to think I played a role in her coming into her own.”

That’s a moment, Rowe says, he will never forget.

“There are some moments that just grab you,” he says. “Those things go well beyond you or your practice. It’s your legacy. That’s one of the most rewarding things, in my opinion.” 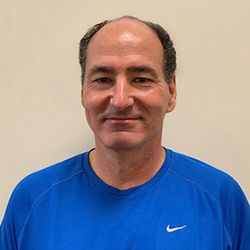