How participating in athletics opened doors for Mary O'Connor, MD, and taught her important skill that any boss would want in an employee.

When Mary O’Connor, MD, was in high school there were no athletic teams for girls.

“You were a cheerleader, if you were doing anything,” says O’Connor, now professor and chair of the department of orthopedic surgery at the Mayo Clinic in Florida.

But that didn’t stop O’Connor, who attended Yale and quickly became hooked on rowing.

“It was a fabulous experience for me,” she recalls. “It gave me opportunities that I would never have had otherwise.”

And it helped catapult her career.

In sports as in life

O’Connor believes that participating in athletics is particularly important for young women “because it teaches girls a lot of the life skills they need in order to be successful in other ventures.”

For example, athletics opens doors. O’Connor, as part of the U.S. rowing team, went to Yugoslavia in 1979 to train for the 1980 Olympics.

“I wouldn’t have gotten to Europe otherwise,” she says.

The success O’Connor had in rowing helped her to be unique, to stand out, she says. When she applied for the orthopedic residency program at the Mayo Clinic, the majority of ht people making decisions were male and they could relate to her athletic achievement.

“That was a plus for me,” she explains. “And it makes a difference, because I didn’t get into just any orthopedic residency program. I got into one of the best programs in the country.”

Sports also taught O’Connor how to handle disappointment. As a member of the U.S. Olympic rowing team in 1980, she was denied a chance to compete when the U.S. boycotted the summer games in Moscow in protest of the Soviet Union’s invasion of Afghanistan. She kept it all in perspective.

Clearly, O’Connor has her priorities squared away. Those priorities include the patients she cares for: people with arthritis of the hip and knee, failed joint replacements, and pelvic tumors. Specifically, she has found that women have a much higher disease burden of knee arthritis compared to men.

“I started to take care of women,” O’Connor explains. “And they would come in, and they would have terrible knee arthritis. And they have delayed surgery; they had elected not to proceed with an operation that would, in my opinion, help them. So the question is, why do women have more knee osteoarthritis than men? I think we’re going to find it to be more biologically driven.”

The work O’Connor and her colleagues have done should be ready for publication next year, but initial findings indicate a difference in the knee tissue from men and women at the time of knee replacement surgery. Specifically, a difference in vitamin D receptors and vitamin E levels.

“We don’t know yet how that’s going to translate into some type of potential treatment or preventative approach, because, that’s the real idea,” O’Connor says. “Can we identify biological differences where we can then take some kind of steps towards changing, so that women don’t experience so much osteoarthritis compared with men? And maybe it would help men, too. We just don’t know yet.”

O’Connor is co-chair of the Movement is Life Caucus, whose mission is to decrease musculoskeletal health disparities among women and racial/ethnic minorities by raising awareness of their impact on chronic disease management and quality of life. The caucus is comprised of orthopedic surgeons, primary care physicians, clergy, community leaders and representatives from diabetes and heart associations.

“My opinion is arthritis is completely underappreciated as a significant health problem, because it impacts all these very serious comorbidities,” O’Connor explains. “If I can’t exercise because I have arthritis in my knees, I get obese, diabetic, heart disease, and I get hypertension.”

O’Connor says the members of the caucus are coming to the table asking, “How do we address these issues?” They’re approaching the question from multiple angles: addressing it in terms of providers, in terms of patients, in terms of community.

“We came up with the idea that we should create a documentary about movement and arthritis, and how important movement is to keeping you healthy,” O’Connor says. “We’re going to take this out into the communities. We’re targeting five states — the five states that have the highest level of disparity.”

When O’Connor isn’t working, she’s very much engaged in the lives of her family — her husband and three children. All three of her children, two daughters and a son, have participated in rowing at one point in their lives, but her youngest, a high school sophomore, has taken to the sport the most.

Her son, who’s the middle child, just graduated from college and has accepted an engineering position. O’Connor laughs as she exclaims, “We went off the payroll!”

The oldest is in New York in graduate school, pursuing her dream of a career in acting.

“It’s all good,” O’Connor says. “I told her, ‘Honey, I don’t want you to turn around when you’re 40 and say I never tried to do this.’ So, you work hard, stay focused, and have goals. Even though it’s a tough road, you don’t know what’s going to happen. And what you want to do is you want to give it your best shot. That’s all anybody can ask in this life. Give it your best shot.” 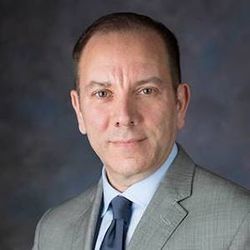 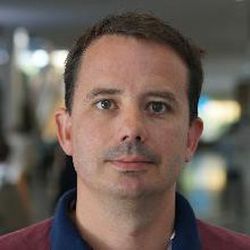