A Florida surgeon traded in the tightly controlled environment of an operating room for a crash course in survival on a tropical island. And the whole thing was recorded for television.

No man is an island. But Buck Parker, MD, is definitely an expert on at least one of them.

That’s because Parker, a trauma surgeon at Osceola Regional Medical Center in Florida, was a contestant on NBC’s “The Island” reality series hosted by British adventurer Bear Grylls in early 2015.

And for Parker, the experience was life changing.

“You don’t necessarily have to be on a TV show or not eat for a month,” he says. “Any time you’re away from the people you know and out of your comfort zone, you get a better sense of what’s important in life, and a better perspective on the life that you have.”

Parker grew up in Wyoming. His father had a passion for hunting, and attempted to instill that love for hunting and the outdoors in both of his sons. But Parker became more interested in the anatomy and physiology of animals.

“When you are field dressing an animal, and you get to see the organs and things like that for the first time, even as a 10-year-old, it got me curious,” Parker recalls. “I could field dress an elk without feeling sick to my stomach. So I thought, maybe this is something I need to do.”

That sparked Parker’s interest in pursuing a career in medicine. But even though he had more outdoor experience than the average person, he still felt like the odd man out when he was with his dad and brother.

“They always seemed to know a lot more and could do a lot more,” Parker says, reflecting on his reason for participating in the TV show. “I thought in a sense this could be a good way of proving to them, but probably more, proving to myself, that I could do something like this.”

So when a friend forwarded an email—a casting call in search of a physician—Parker responded. That led to a Skype interview, followed by multiple rounds of interviews, and a trip out to Los Angeles for yet additional interviews. Eventually he was selected for the show as the cast medical specialist.

How did his father and brother react?

Biting Off Too Much

Parker acknowledges that most surgeons are Type A personalities. They’re competitive. And as he learned more of the details of the show, Parker thought, “Yeah, maybe I am crazy, but I can do this.” But when the first day on the island arrived and Parker and his fellow castaways were trying to build their camp, his thoughts did an about-face.

“I thought, I really got myself in deep on this one,” says Parker, laughing as he recalls the details. “Managing all these people and the different personalities, and we’re going to be there for a month—I thought, man, this is going to be tough.”

And it was. Parker explains that the TV show wasn’t a game. It was more about creating an authentic survivor experience. Fourteen men are shipwrecked on an island—what will they do and how will they help each other?

“There was no production team on the island,” Parker says. “We did all of our own camera work. They didn’t want a crew and a bunch of cameramen sitting around eating Twinkies while we’re sitting there pretending like we’re alone.”

Parker had other men on the island to talk to, so he never had to resort to interacting with any inanimate objects like Tom Hanks’ volleyball named Wilson. But survival was tough.

“We had about three days where we consumed more than a thousand calories,” he says. “But most days were between one hundred and two hundred. There was food and water on the island, but you had to find it.”

Most days Parker and his colleagues lived off limpets, which are small aquatic snails, maybe 30 calories each, and they would eat three or four of them per day. But around day 12 they found a pig, and it was time to feast.

“We ended up eating the whole thing in one day,” he laughs. “We were people with little to no survival skills. If you find something like a pig and you know how to smoke it and preserve it, that’s great. But we didn’t know any of that stuff.”

They also found a caiman, which is like a small alligator, and ate that. But most days were limpets and coconuts. There were several small ponds, but they had to filter and boil the water to make it safe to drink, and then ration it.

Parker says one of the big lessons he learned about survival is that it’s all about psychology, and that it parallels life.

“It’s really about your mind and how strong you are psychologically,” he says. “Everybody has ups and downs, lots of roadblocks and things like that, but it’s not so much the roadblocks. If you can get around them and if you can be strong enough…if you really stick with it and keep going, I think that’s what the big lesson is.”

Parker believes that people who survive are strong mentally, but that most people have more in them than they give themselves credit for. For example, some participants on the program left for medical reasons, but a couple of others went home because, psychologically, they just couldn’t take it any more.

“That really almost produced physical pain for them,” Parker says. “But that’s the key with survival. If you want something enough, and if you don’t give up, most likely you’ll make it through. But it’s difficult.” 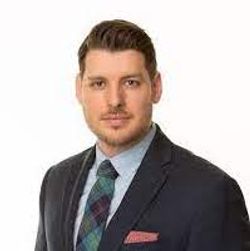 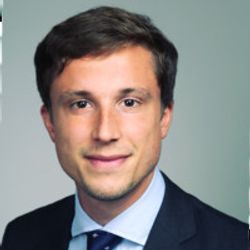