Updates in trivalent vaccines and vaccination clearance for egg-allergic patients were among the updated recommendations for pediatric influenza prevention and treatment this upcoming 2018-2019 flu season.

Recommendations for pediatric influenza prevention and treatment this upcoming 2018-2019 flu season were presented by Lisa Grohskopf, MD, MPH, medical officer in the Influenza Division of Centers for Disease Control and Prevention; and Flor Munoz, MD, MSc, FAAP, member of American Academy of Pediatrics (AAP) committee on Infectious Diseases, in an e-webinar sponsored by the Clinician Outreach and Communication Activity (COCA) on September 27, 2018.

After first highlighting the severity of the past 2017-2018 flu season in which influenza A(H3N2) viruses predominated and 175 flu-associated deaths in children occurred as reported to the CDC, Grohskopf and Munoz then pointed to the new updates issued by the Advisory Committee on Immunization Practices (ACIP) and AAP.

Speaking on the ACRIP updates, Grohskopf highlighted the new influenza vaccine compositions for 2018-2019 and the updates made in trivalent vaccines, specifically an A/Singapore/INFIMH-16-0019/2016 (H3N2)-like virus and a B/Colorado/06/2017-like virus (Victoria lineage).

While ACIP has no preferred recommendations for any 1 vaccine type when more than 1 is appropriate, the AAP recommends IIV as the primary choice for children.

However, ACIP does not recommend LAIV for pregnant women, immunocompromised persons, children aged younger than 5 years with a history of asthma or wheezing, caregivers and contacts of persons requirement a protected environment, individuals who have received influenza antivirals within previous 48 hours, and other patient subsets.

In regards to egg allergy, most vaccination recommendations remained unchanged, with the exception of LAIV4 now being an option. Any licensed, recommended vaccine that is otherwise appropriate (IIV, RIV4, or LAIV4)—for children, IIV or LAIV4—can be administered to egg allergic individuals.

ACIP General Best Practices guidelines differ from the FDA’s recommendations in that providers are encouraged to observe recipients of any vaccine for 15 minutes to avoid syncope.

The Afluria Quadrivalent (Standard-dose IIV4, Seqirus), which was licensed in August 2017, was expanded to 5 or more years and is now available to individuals 18 years or older. It can also be administered via jet injector (the Pharmajet Stratis) like Afluria (IIV3, also available this season) but only for ages 18-64 years.

The Fluarix Quadrivalent (Standard-dose IIV4, GSK), which was previously licensed for 3 or more years, was expanded to individuals 6 months or older in January 2018. For children aged 6-35 months of age, it is 1 of 3 IIVs approved with a same dose volume for all ages (0.5mL).

Egg-allergic patients were also given the green light for any age-appropriate, licensed, recommended flu vaccine. However, children with a history of severe allergic reaction to egg (anaphylaxis) should be supervised by healthcare provider among administration.

Regarding antivirals, no 1 of the 3 approved antivirals is specifically approved for severe influenza. However, the effect of antivirals on flu reduction of complications is supported by observational studies, and most experts support their use.

While the FDA has approved antivirals for children aged 2 weeks and older, the AAP supports antiviral use from birth in term and preterm infants.

Overall, Grohskopf and Munoz pointed out that the ACIP and AAP reccomendations compare similarly, and that children should be vaccinated by the end of October. 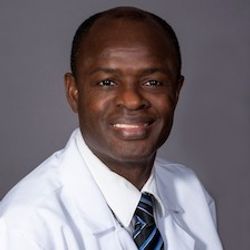 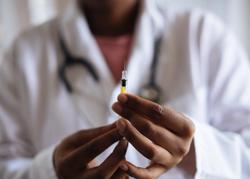